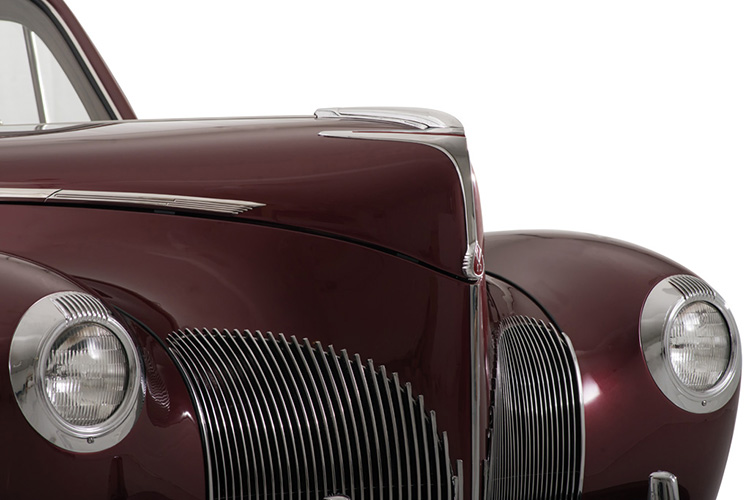 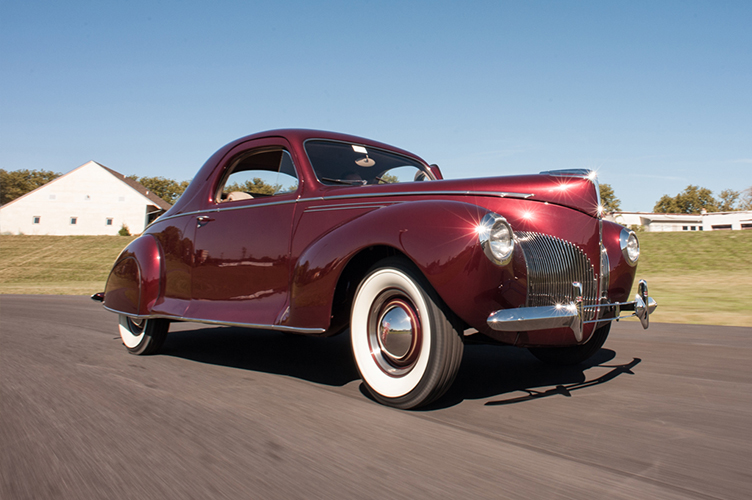 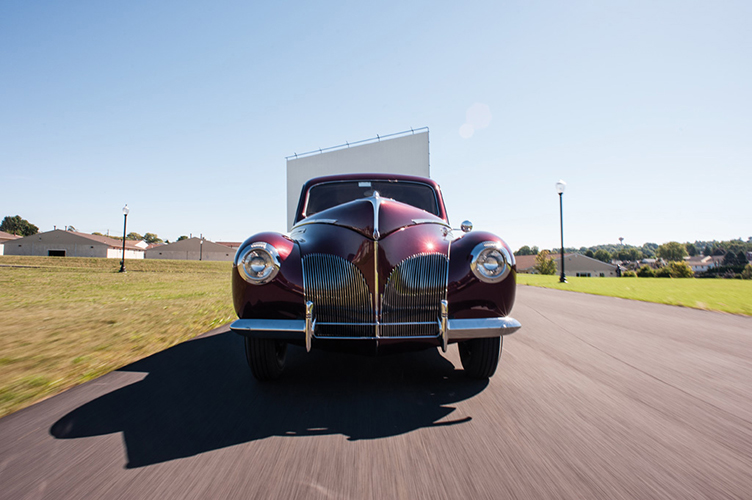 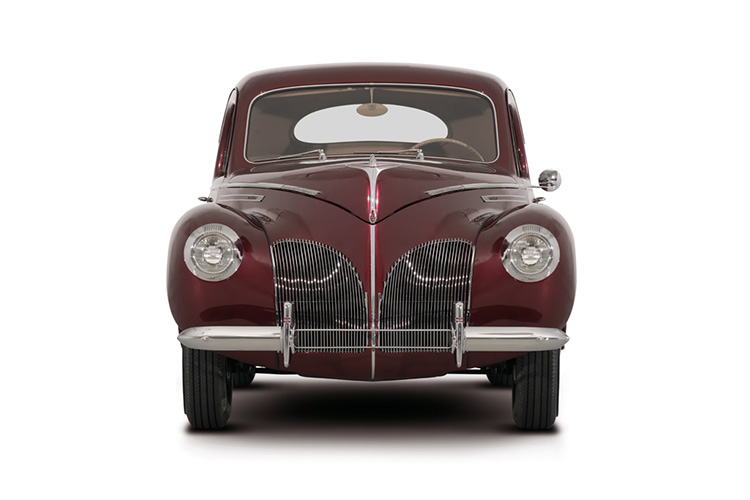 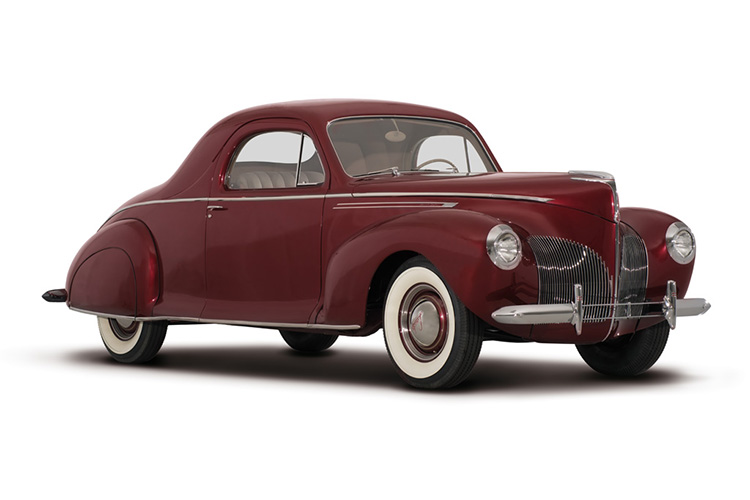 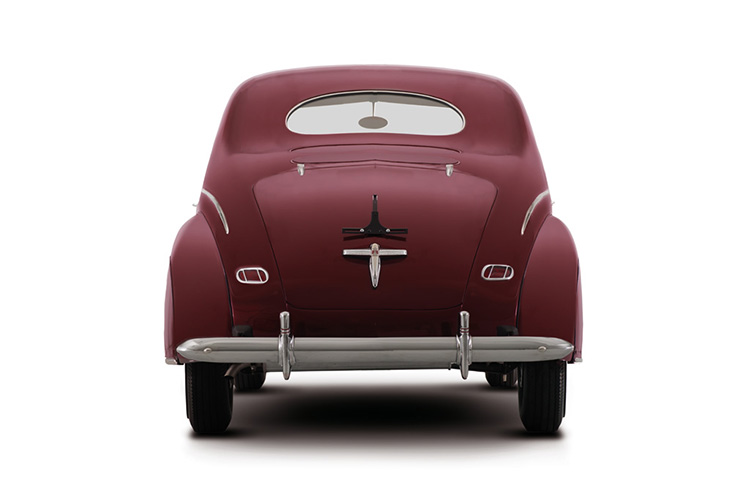 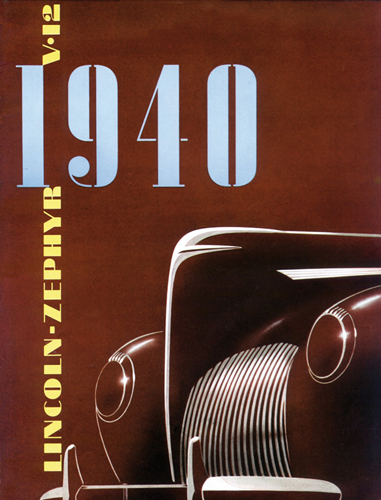 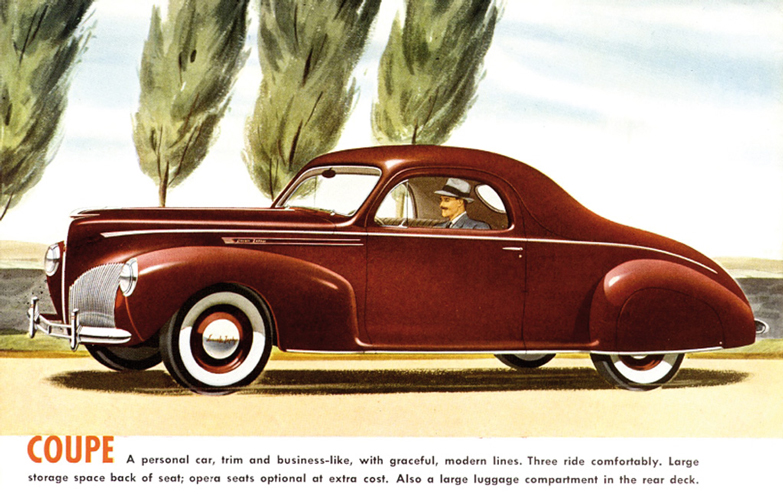 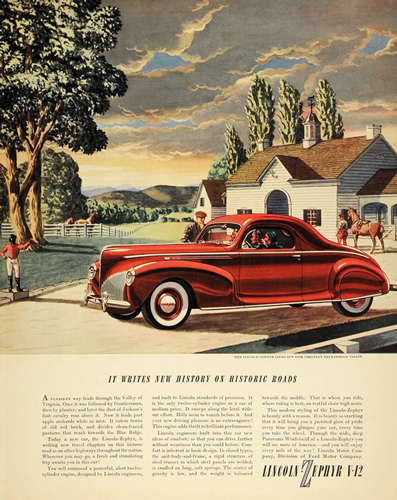 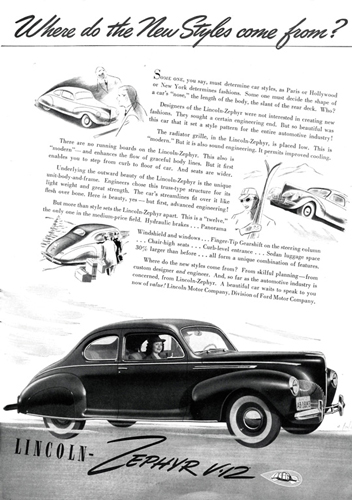 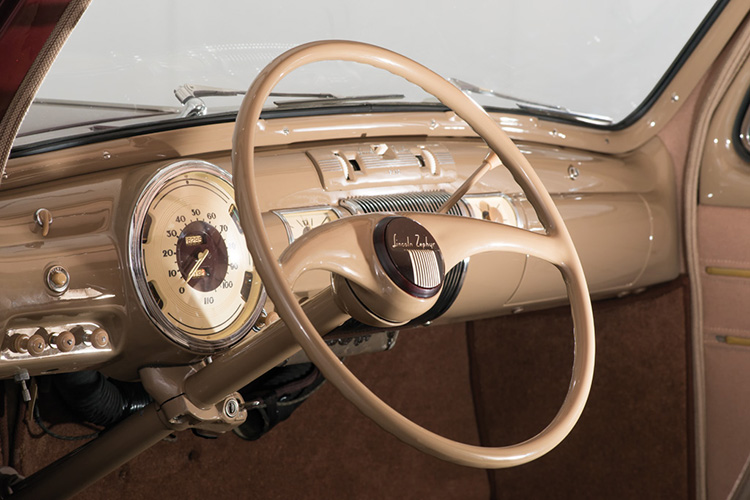 THE LINCOLN WITH GRACEFUL, MODERN LINES

SOME OF ITS BEST FRIENDS LIVE IN THE WEST

John Tjaarda was a Dutch engineer who was a fervent believer in the power of aerodynamics to improve design. He moved to the United States in 1923 and by the late 1920s he was chief body designer at the Briggs Manufacturing Company.
Briggs allowed Tjaarda the opportunity to put into practice the designs he had been experimenting with since arriving in the United States. Streamlined cars with unitized construction, the body and frame united into a single structure.
His first prototype was displayed at the Ford Century of Progress Exhibition at the 1933 World’s Fair. Tjaarda would go on to use his design principles and unique styling to create the ground breaking Chrysler Airflow of 1934 and eventually the Lincoln Zephyr of 1936. The shape of the new mid-priced Lincoln was very modern, with a V-shaped grille, narrow windshield pillars and running boards, skirted rear wheels, teardrop shaped roof and side windows. An elongated streamlined rear-end hid the luggage compartment and the spare wheel.
Sales were good but not great for the new Lincoln Zephyr. In 1936 there were 14,994 Zephyrs sold, against 50,100 Packard 120s. In 1938, the Zephyr was redesigned, with a new, more modern front end, extended wheelbase, and improved interior space. In 1939, hydraulic brakes were finally adopted. With each new year and design update sales improved in small increments.
For the 1940 model year, the car was given a major refreshing that softened the cutting edge design. The front end gained a fashionable waterfall grille and more traditional headlight and fender designs. The running boards were now hidden under the doors and the dashboard was a more traditional design. The engine also got updated with more displacement and more power now rated at 120 horsepower. Sales never really reached the levels as hoped. 1940 would prove the bestselling year for the Zephyr with 21,940 cars sold and that included the all new Continental that would continue on past the demise of the Zephyr and become an icon of Lincoln for decades to come.

This 1940 Lincoln Zephyr 2-passenger coupe became part of The NB Center collection in 2015. The car came from a New Jersey collector who came to the United States as a child from Cuba. He worked his way up to become a successful businessman and indulge his passion for saving great American cars.
He spent three years lovingly restoring this Lincoln. Brooklin Models Limited approached the former owner of the car when he still owned it, about making a model of the car. The collector was invited to The NB Center to see other cars that had been made into models and was so impressed he wanted The NB Center to purchase the Lincoln so he would know it went to a good home. 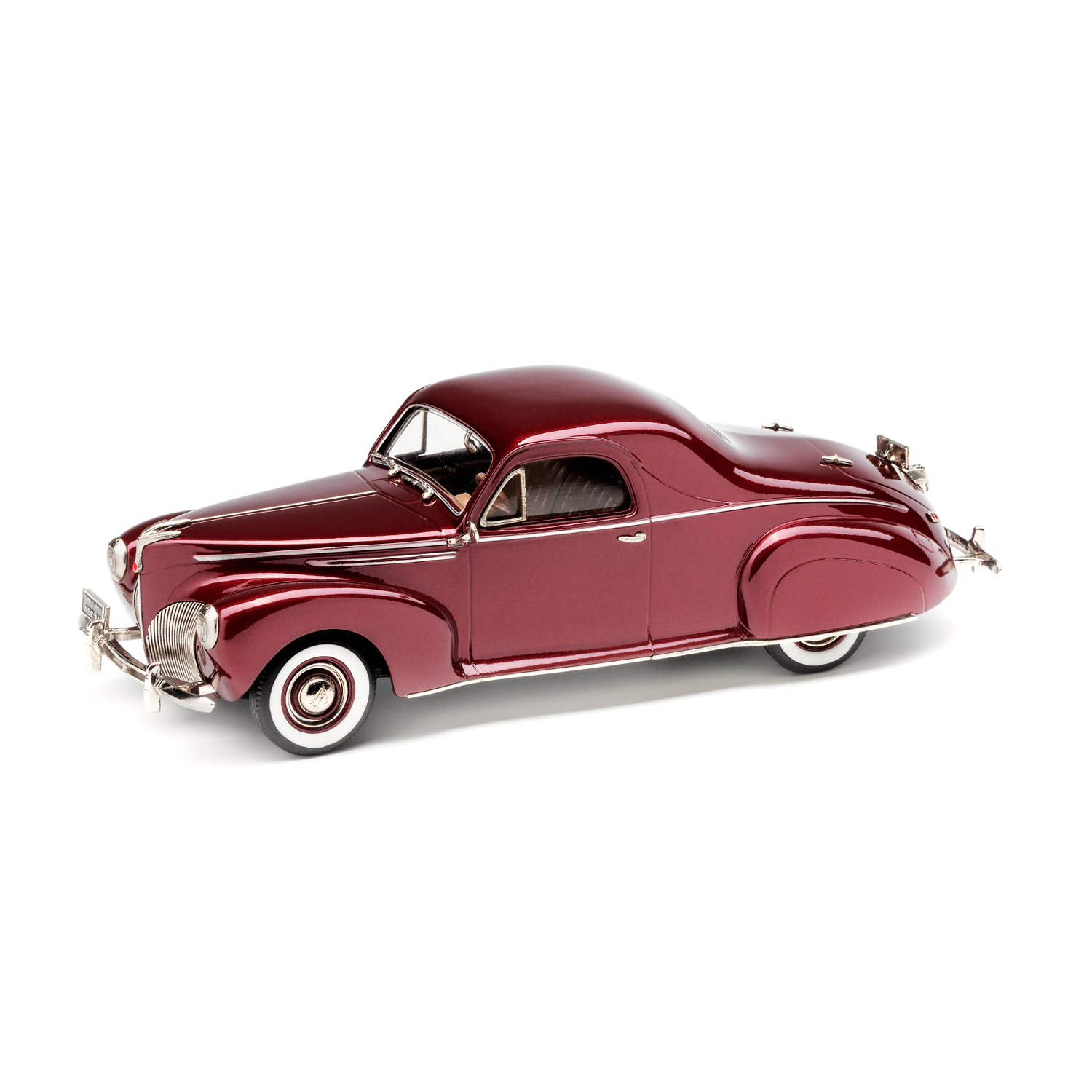 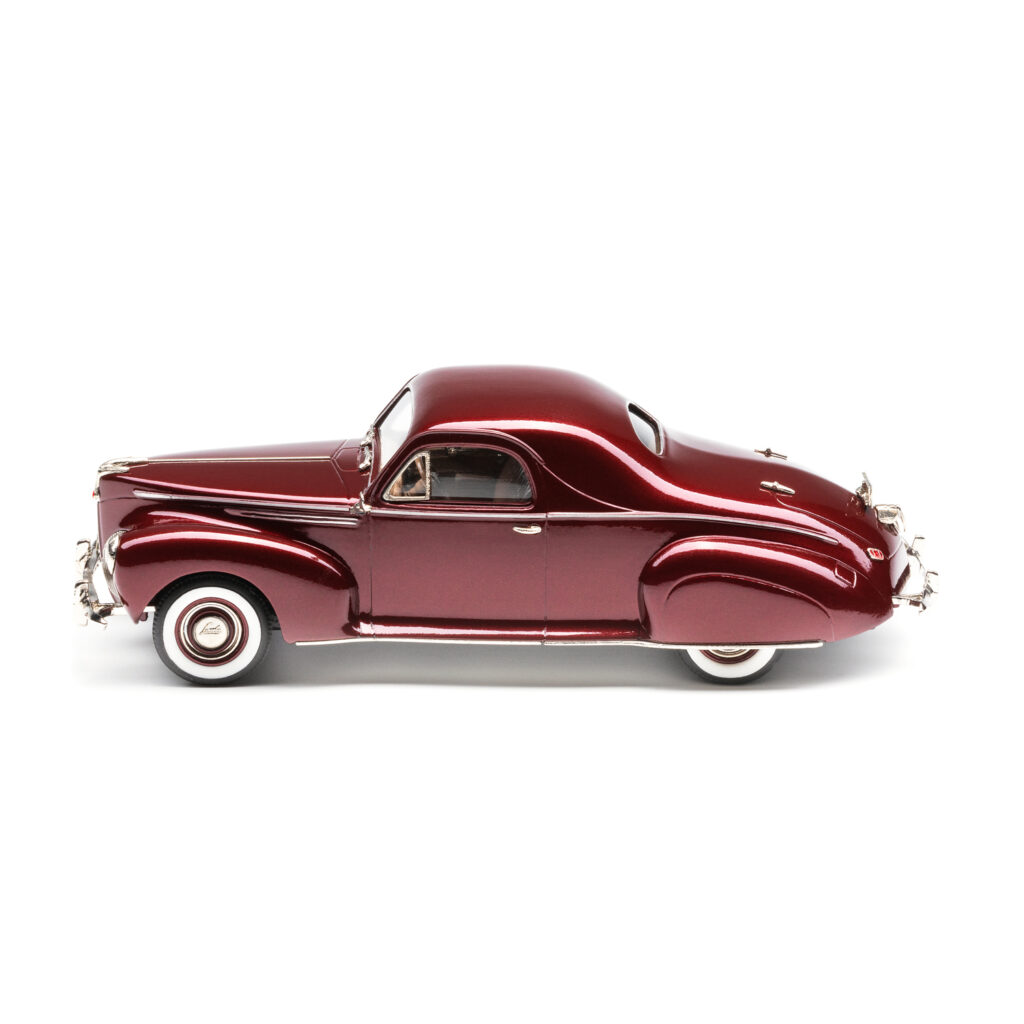 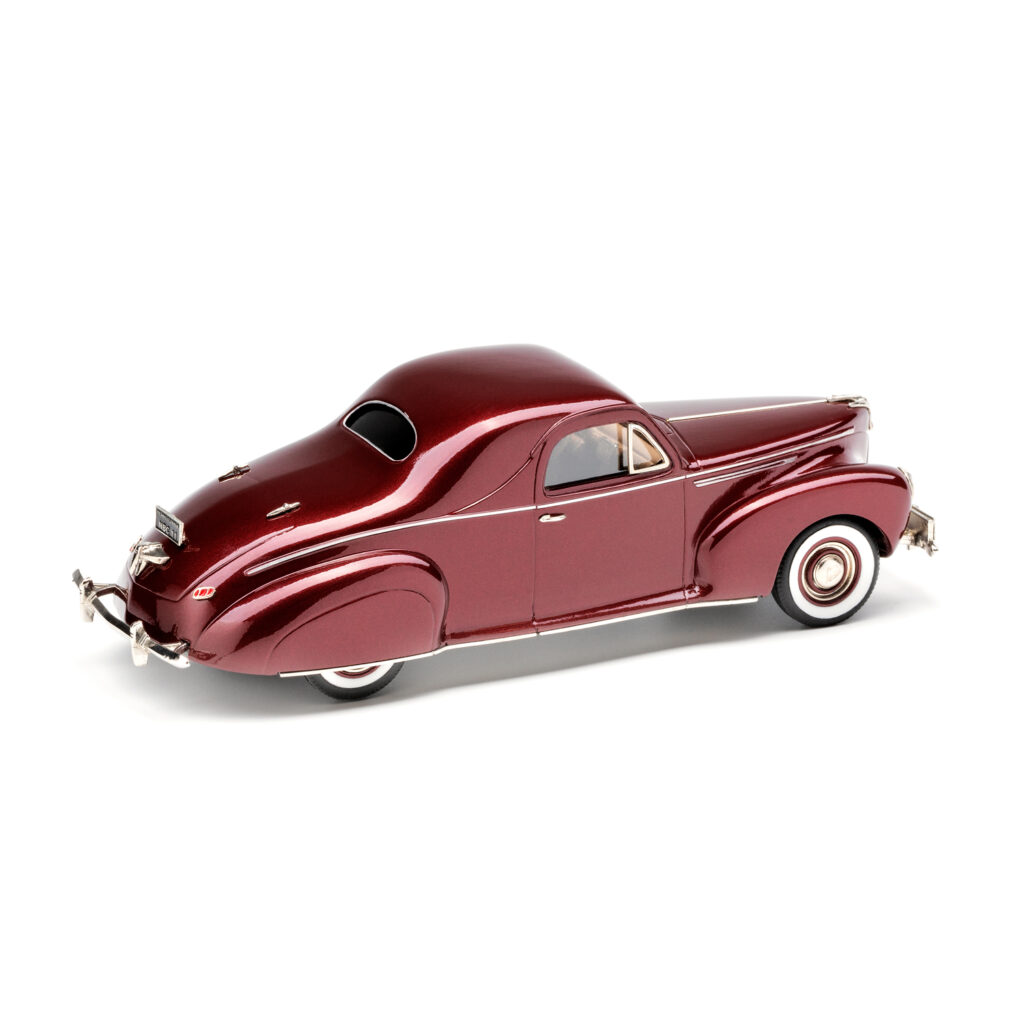 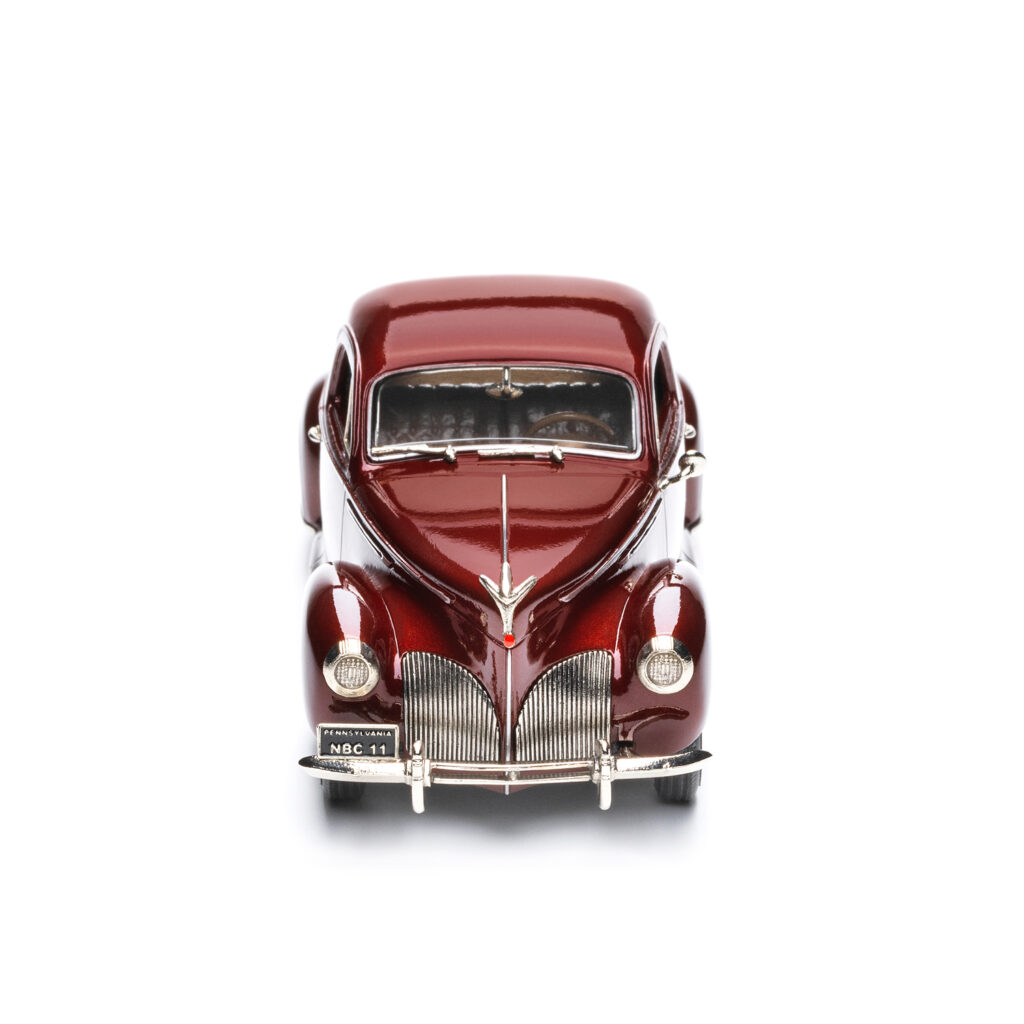 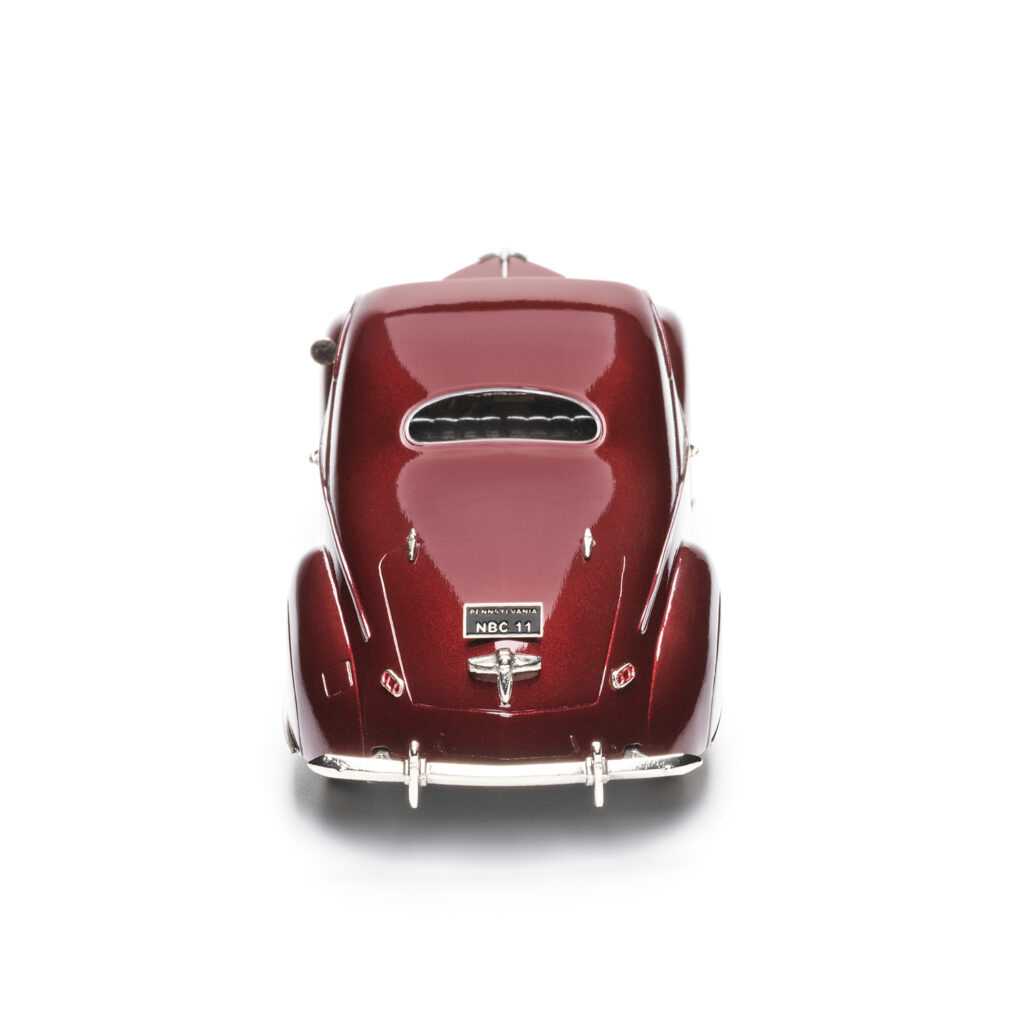 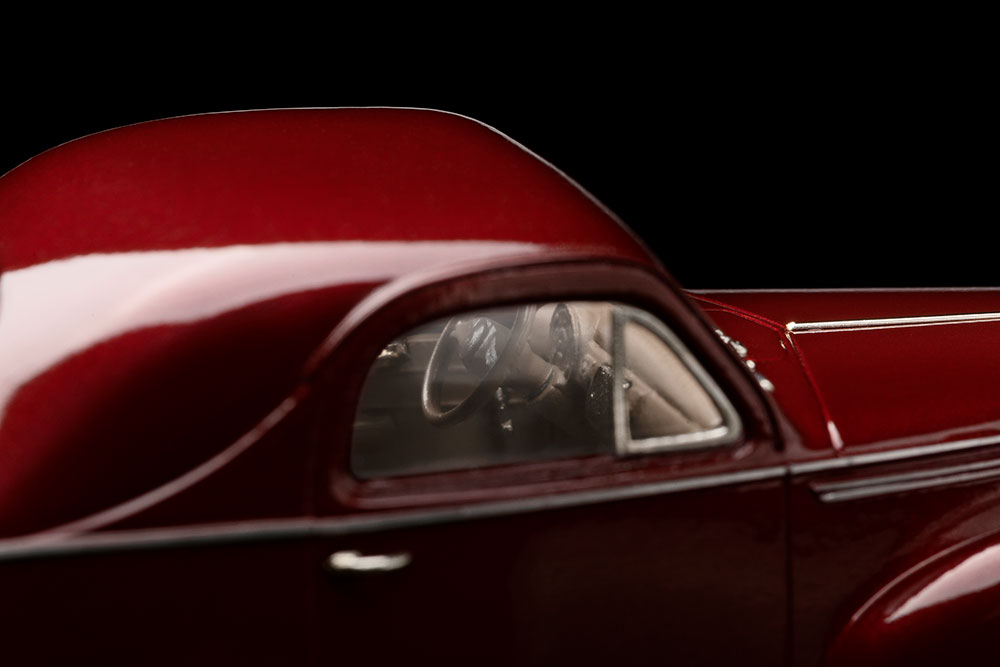 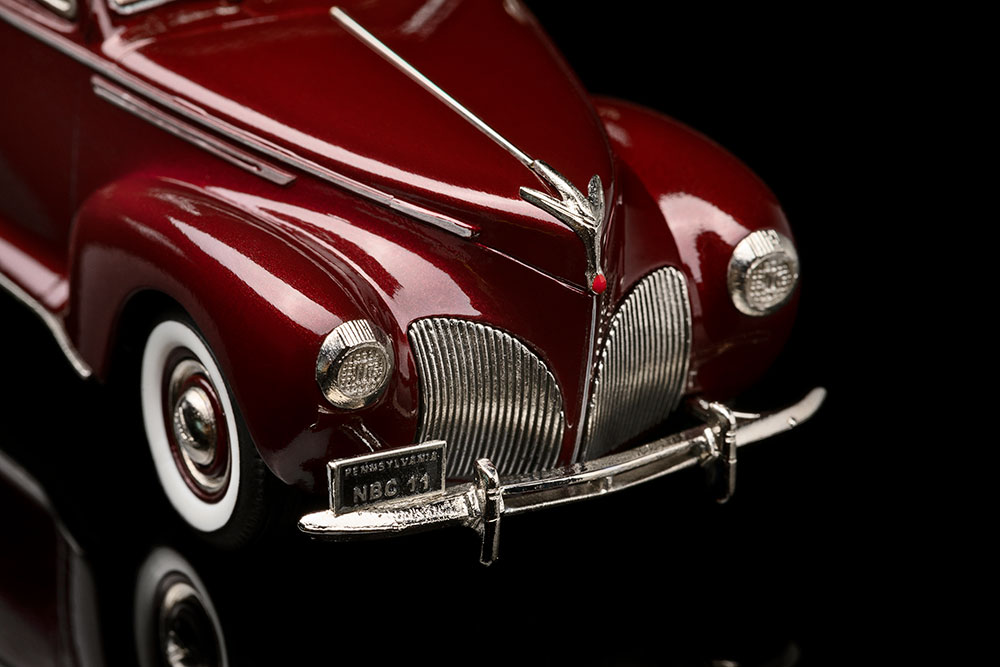 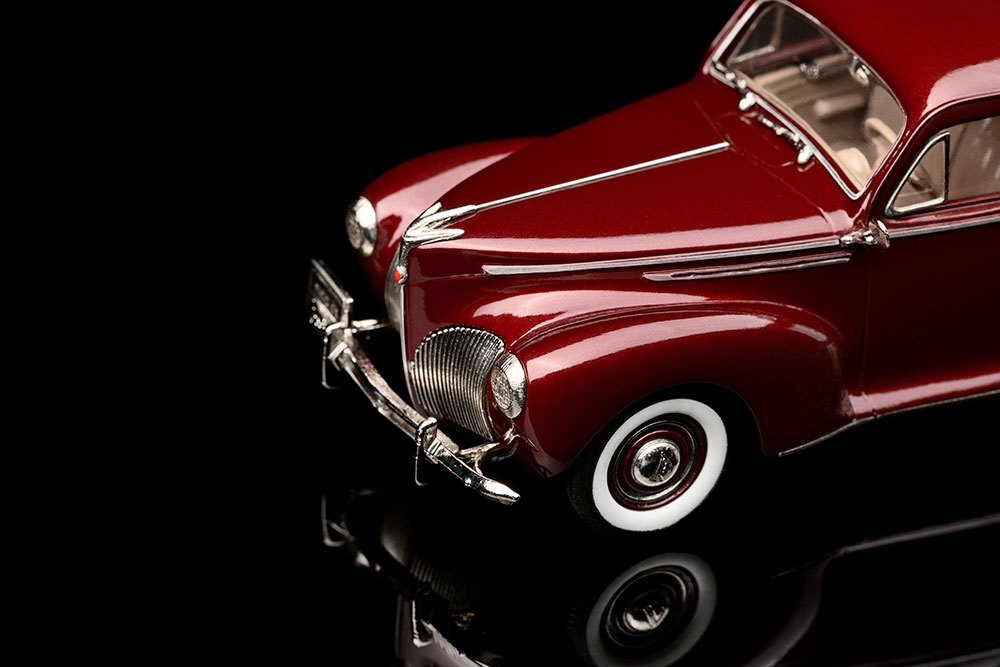 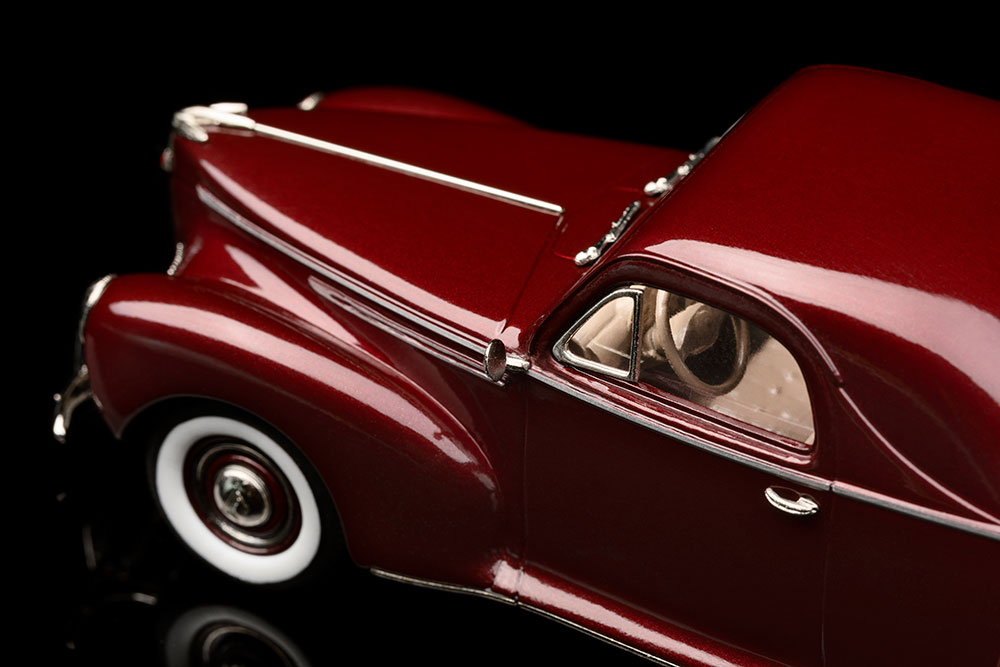 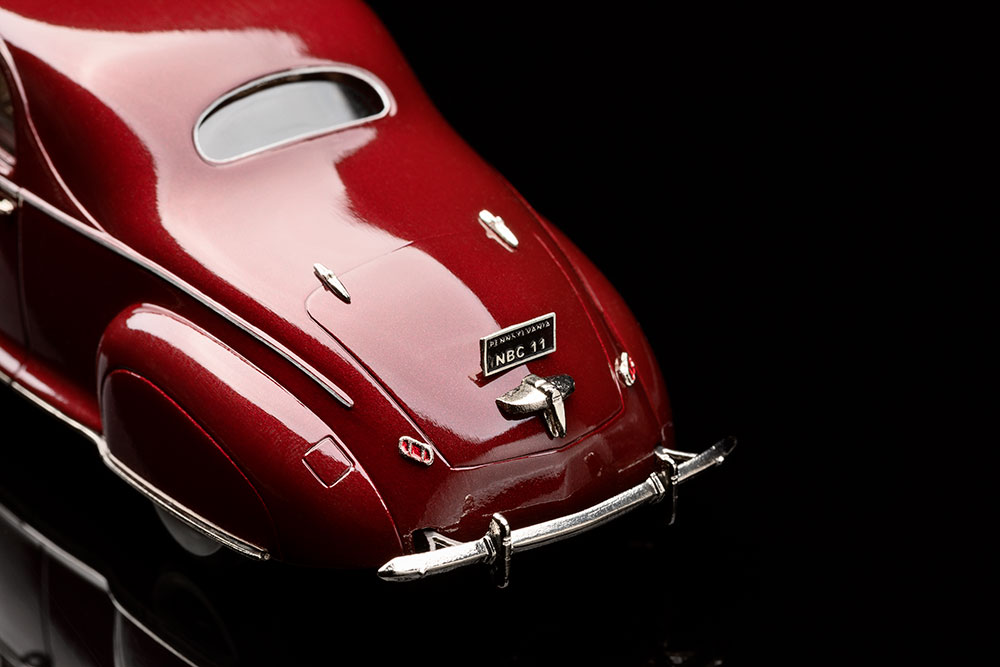