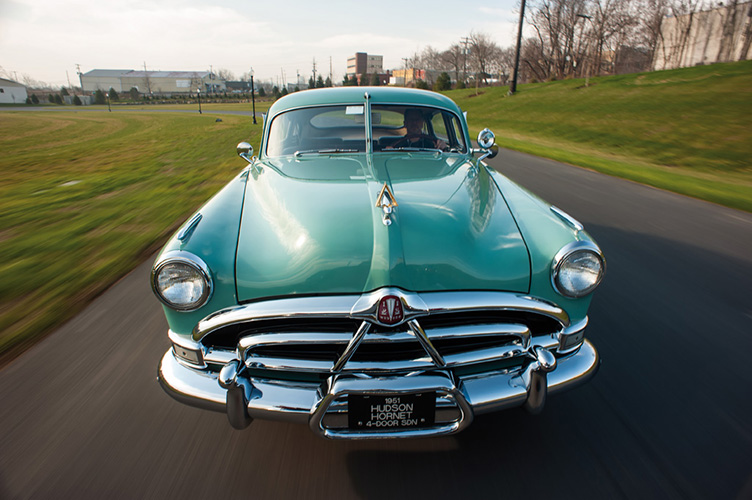 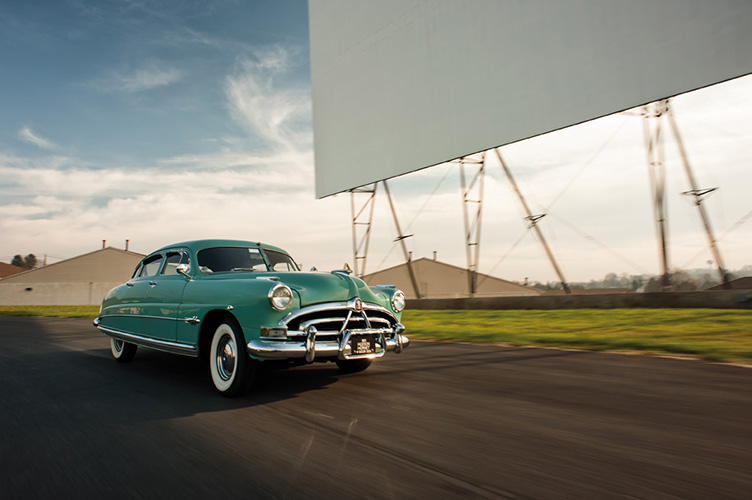 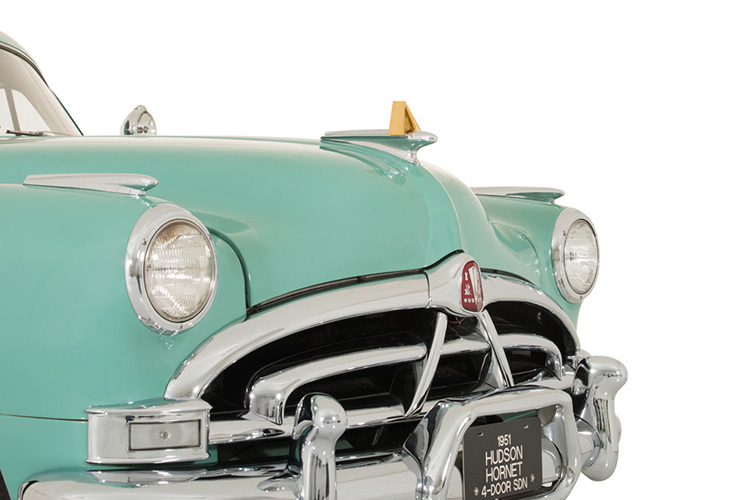 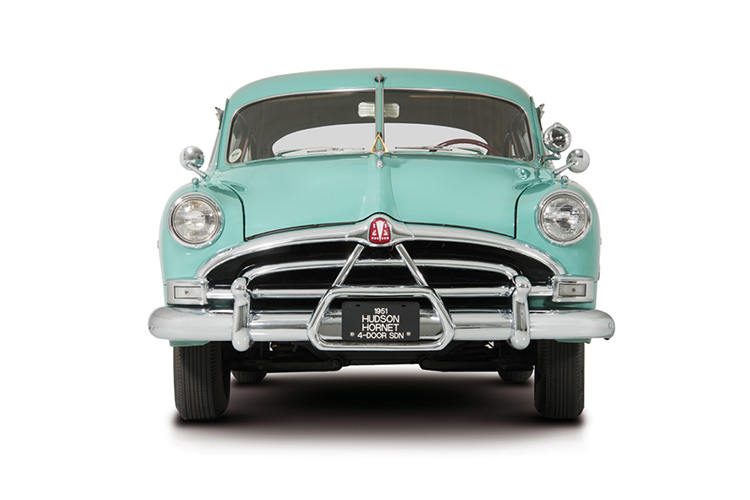 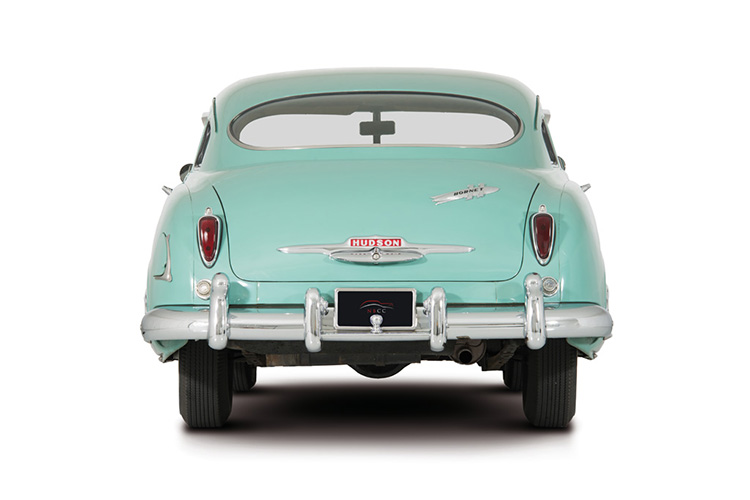 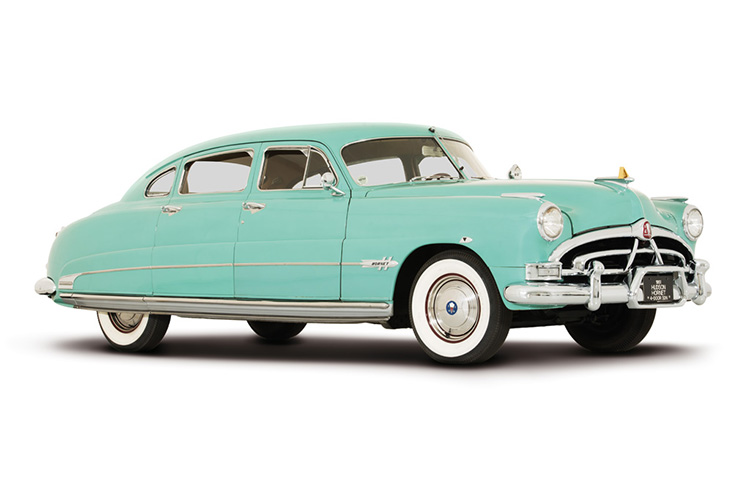 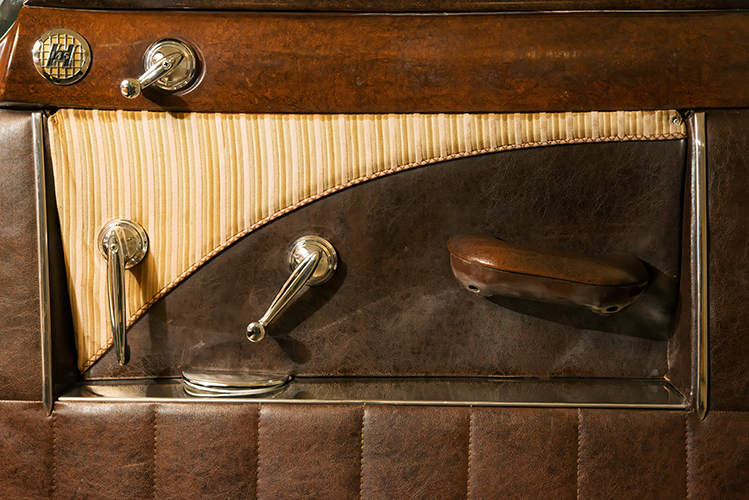 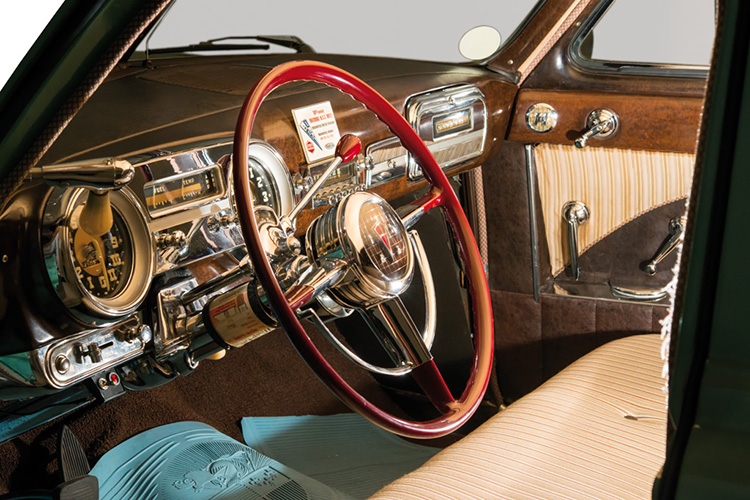 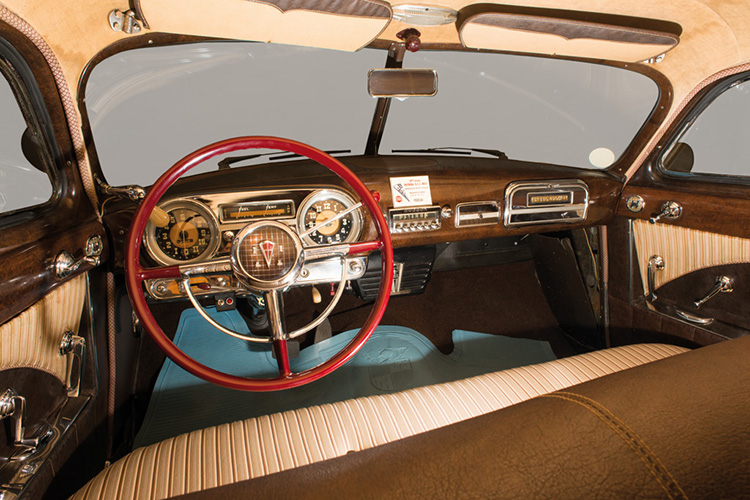 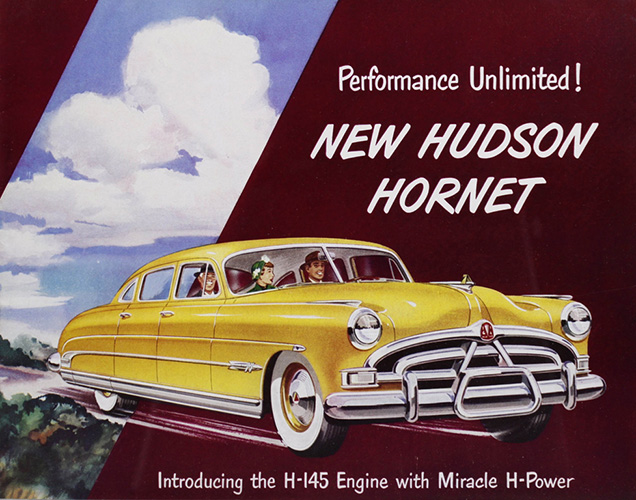 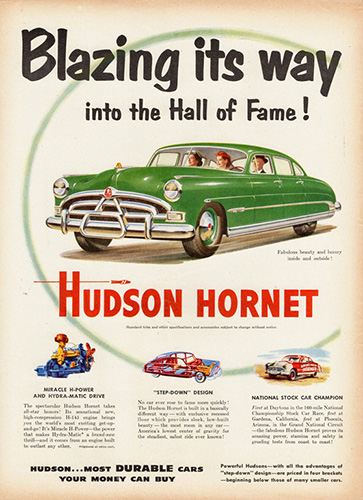 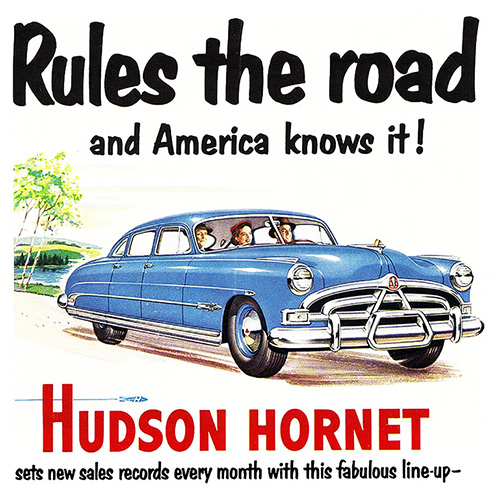 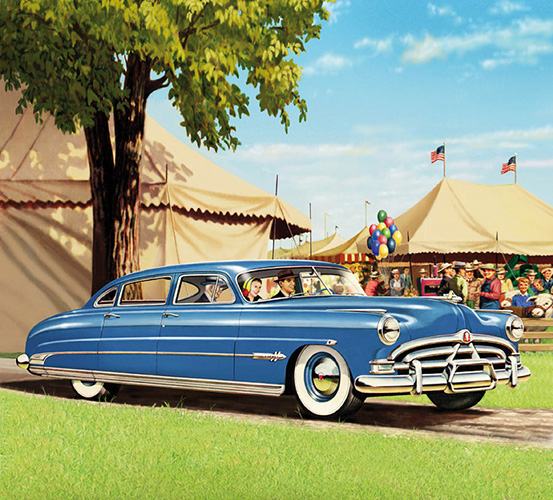 POWERED TO OUT-PERFORM THEM ALL!

Hudson was established in 1909 and reached its greatest level of success in the mid-1920s. In 1946, after World War II, Hudson returned to manufacturing automobiles using pre-war designs, just as all their competitors did. But, Hudson had something in the works that would shock the car world. In 1948, they introduced the all new Hudsons. The roof line was impossibly low, the body flowed from front bumper to the rear bumper in a continuous curving envelope that created a modern sleek silhouette unlike any other car on the market.
The car utilized a perimeter frame that allowed the interior floors to sit in between the frame rails. The low roof lines with their even lower floors earned this style the name “step-down” bodies because passengers stepped down into the car. The arrangement provided a spacious interior with few obstructions allowing 6-passenger comfort. The new body combined with its pre war engine now low set between the front wheels instead of behind them, provided for a dramatic improvement in handling.
Hudson saw slightly better than a 40% increase in sales from 1947 to 1948. But the success would be short lived. In 1949 every major manufacturer introduced their new cars. While Hudson’s cars remained unique, the offerings from their competitors included new designs coupled with new engines and transmissions that were more powerful and more technically advanced than Hudson’s offerings.
For 1951 Hudson increased the displacement of their pre-war derived in-line six-cylinder engine to 308 cubic inches and added a “Power-Dome” aluminum cylinder head, the Hudson Hornet was born. In stock form the Hornet produced 145 bhp and was capable of nearly 100 mph. The new model proved a potent performer, winning 12 of 41 NASCAR races in 1951.
The Hornet model line consisted of four body styles; sedan, club coupe, Hollywood 2-dr. and convertible. The four-door sedan accounted for 43,666 of the 92,859 Hudsons produced in the model year.

This Hudson Hornet four-door sedan was purchased by The NB Center from an Allentown, Pennsylvania collector. This collector was the second owner of this well preserved car. Today the car is largely unrestored, except for an older repaint in the original shade of green. The interior is all original, as it left the factory. Like all Hornets in 1951, this one is equipped with the H-145 engine, a 308 cubic inch straight-six fitted with the aluminum “Power Dome” head. This car also has the $158 optional Hydra-matic automatic transmission. A drive in this car makes it clear why the Hudson Hornet was such a successful race car in the period. 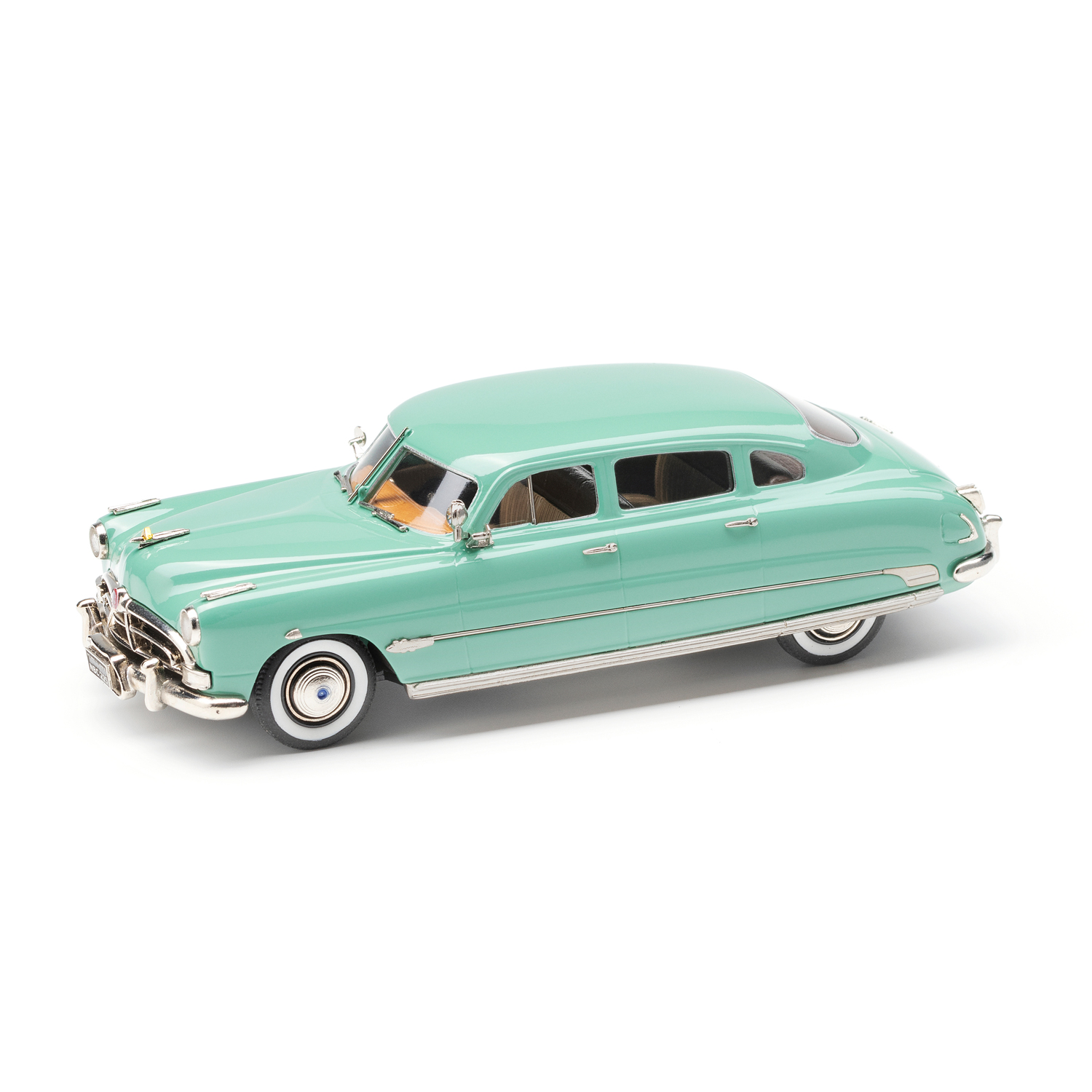 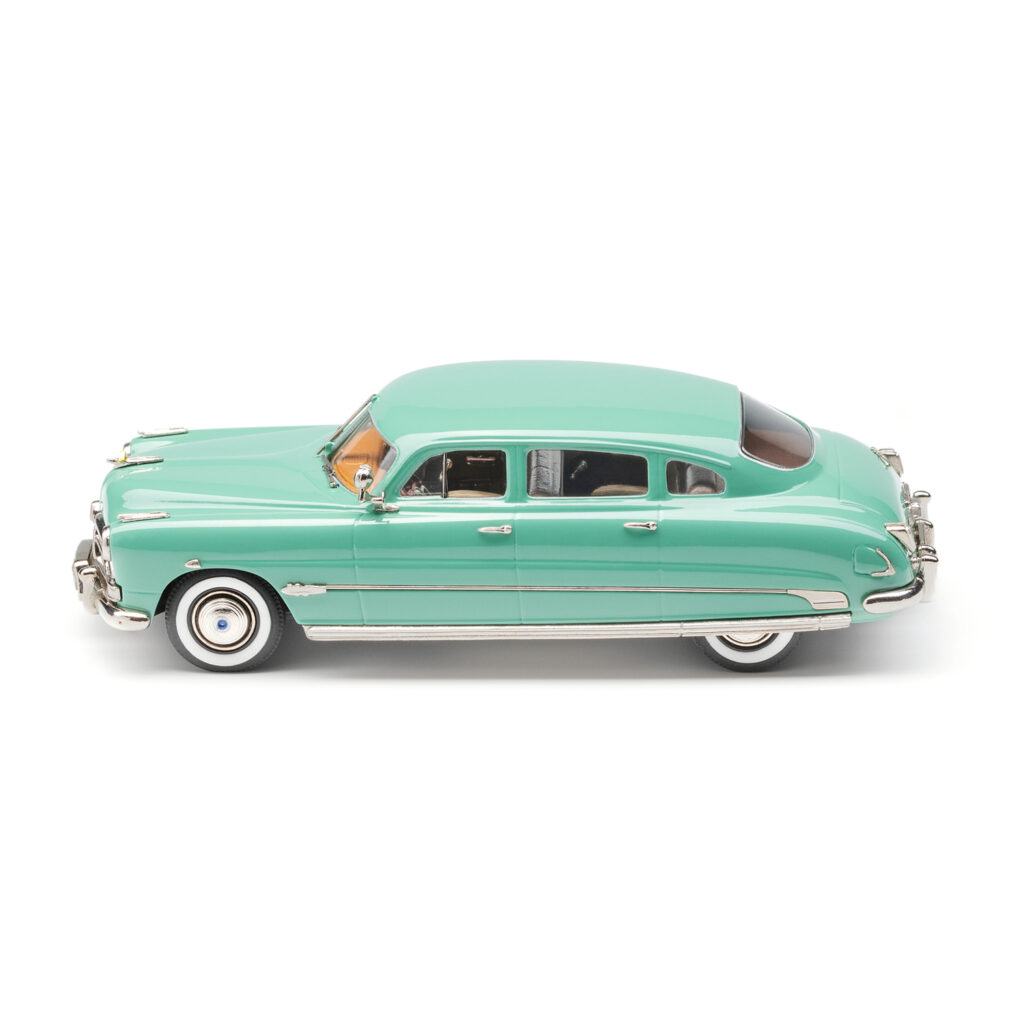 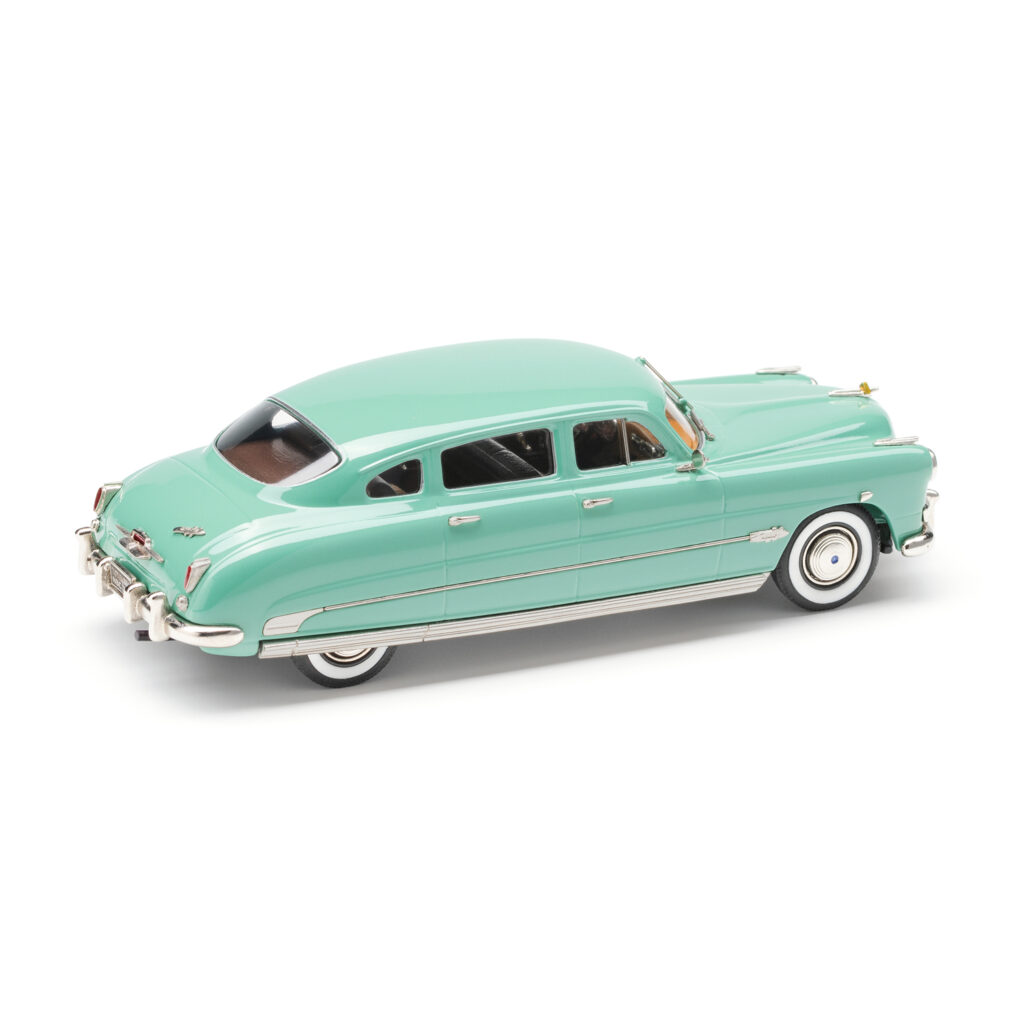 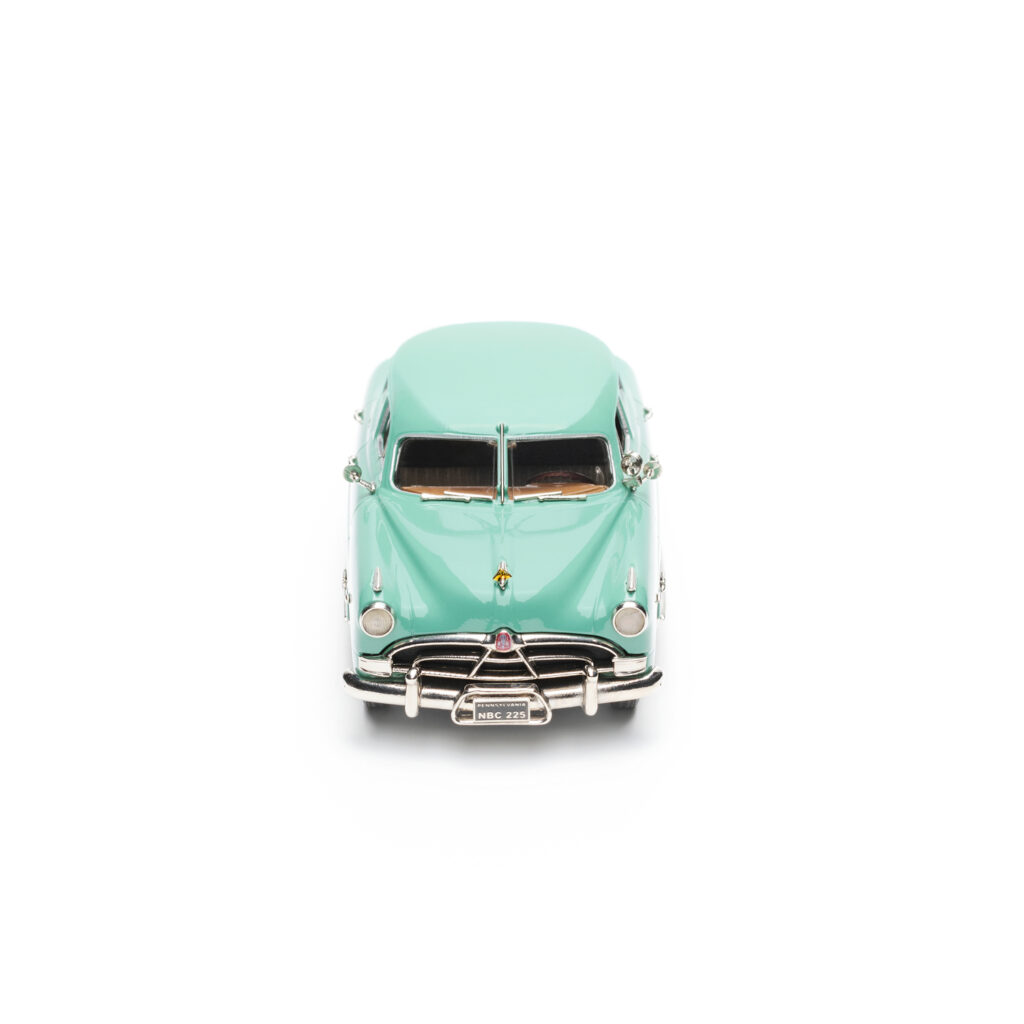 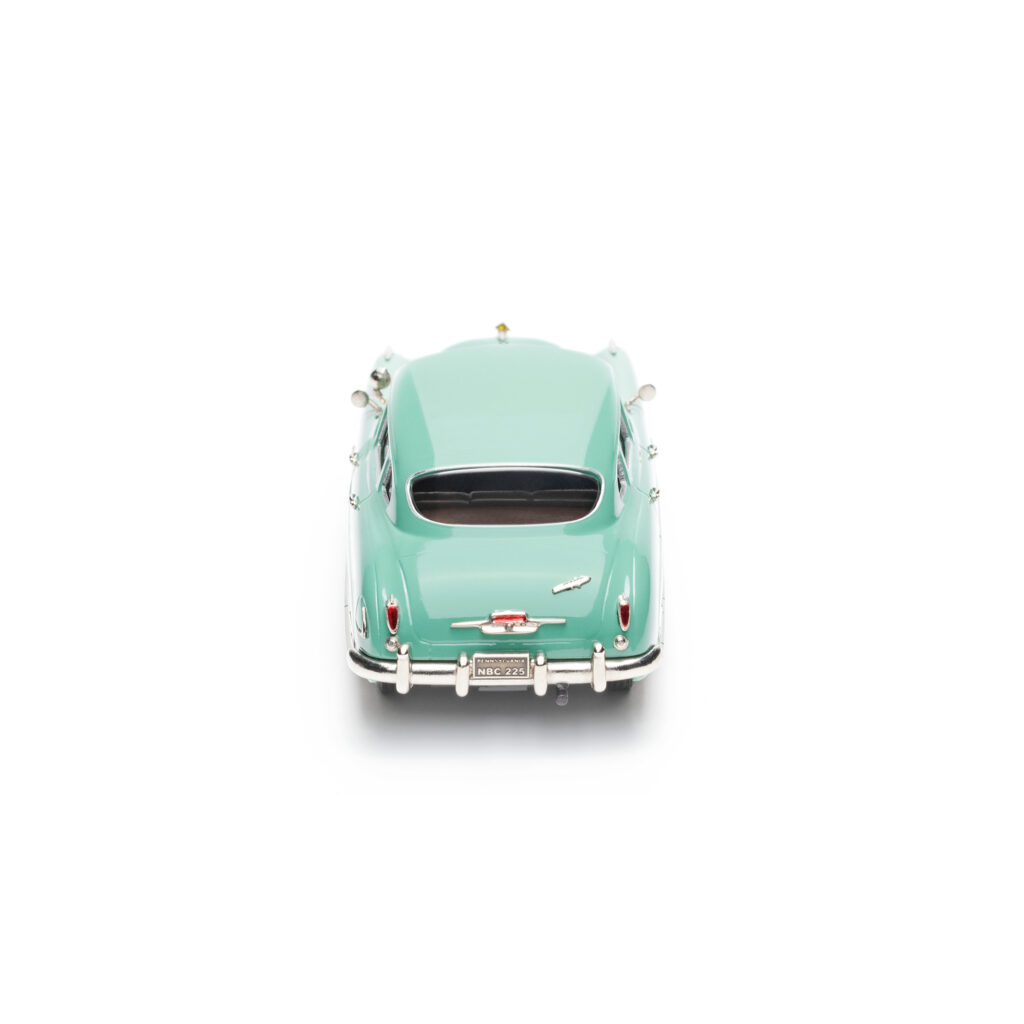 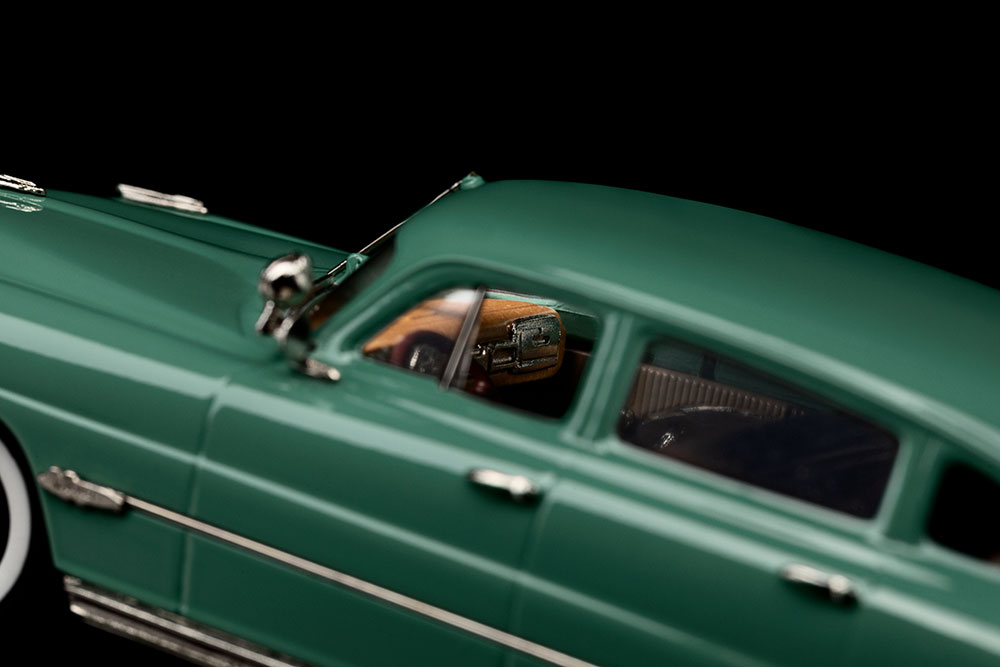 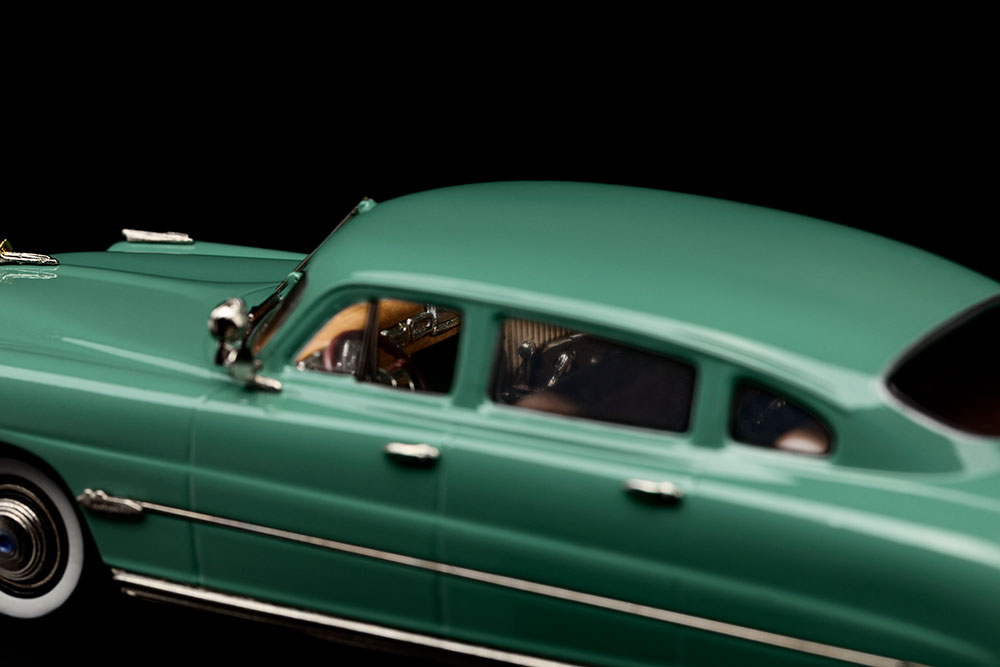 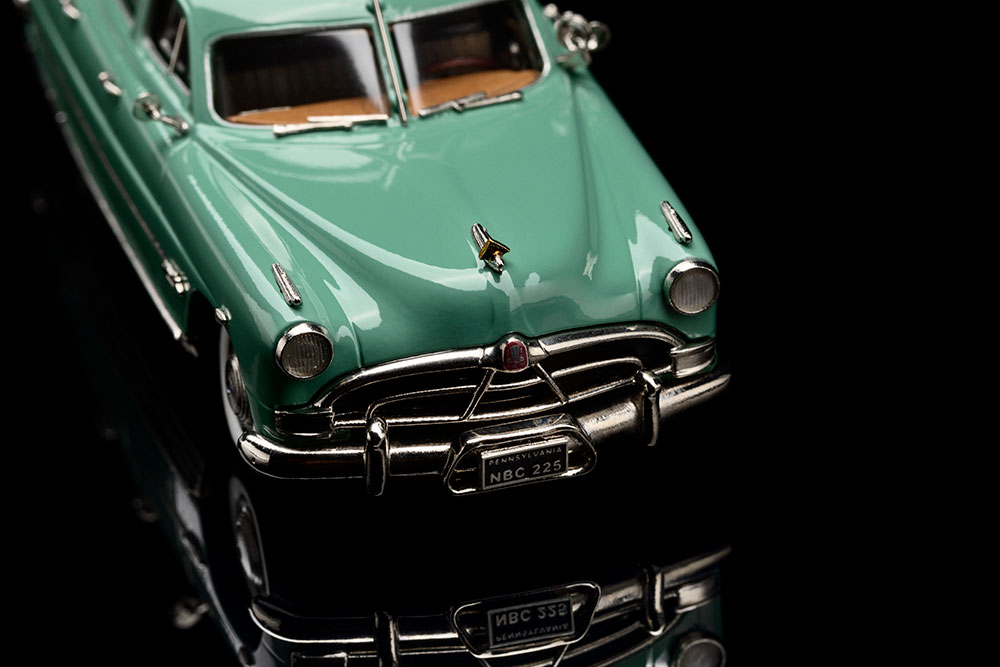 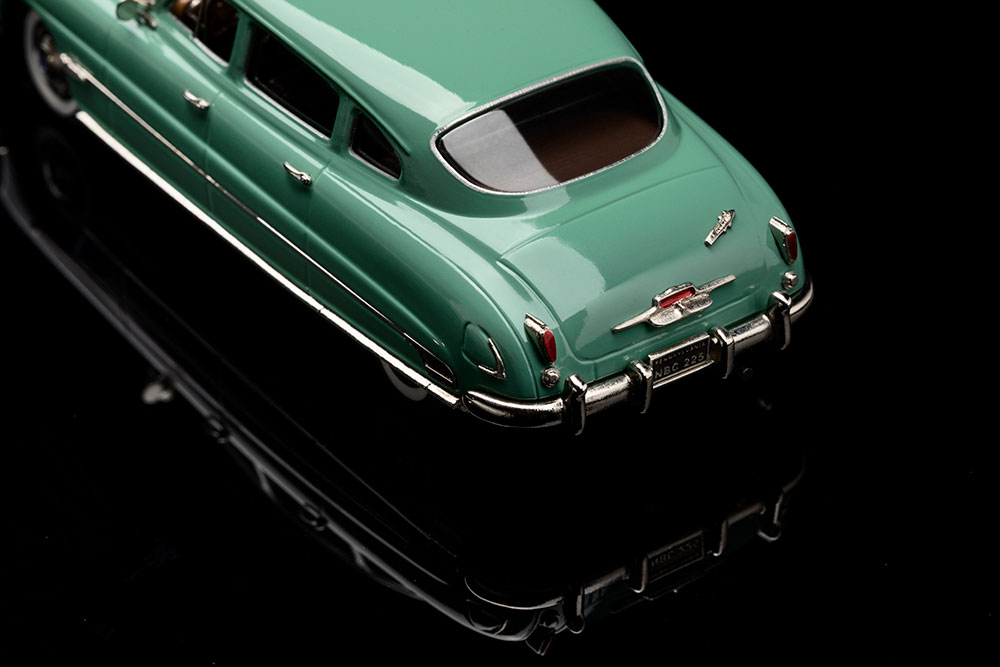 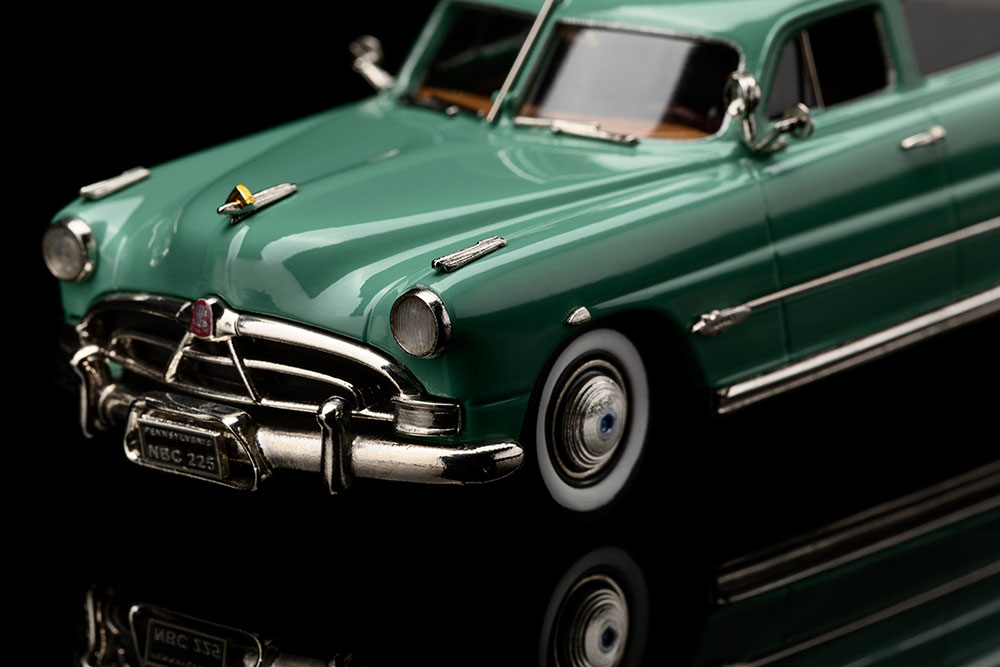