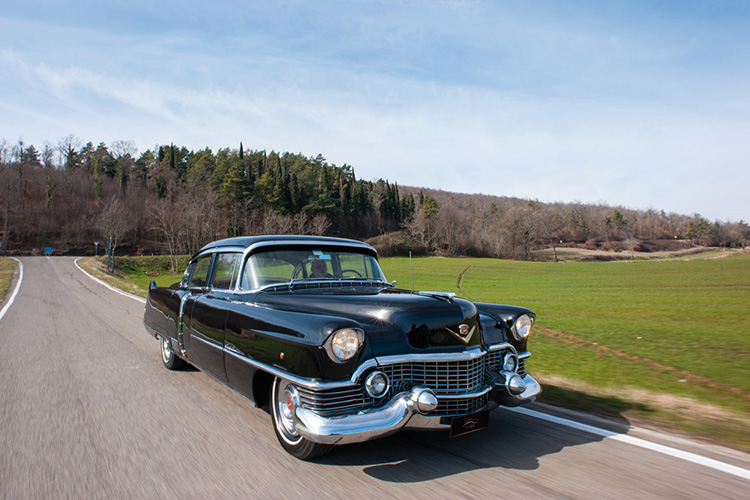 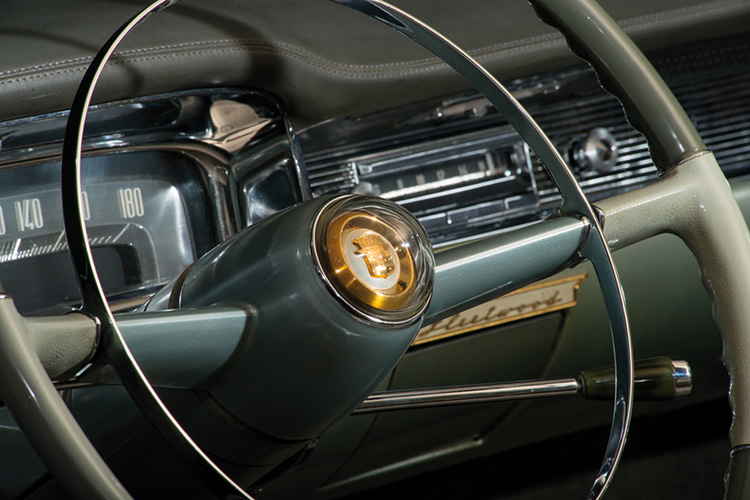 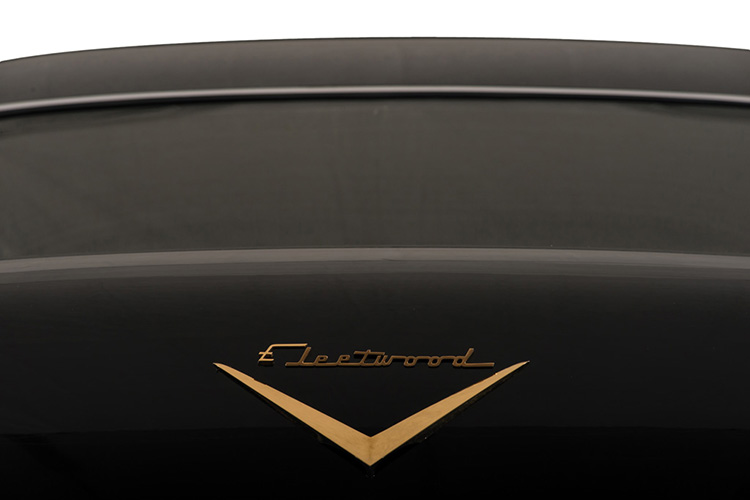 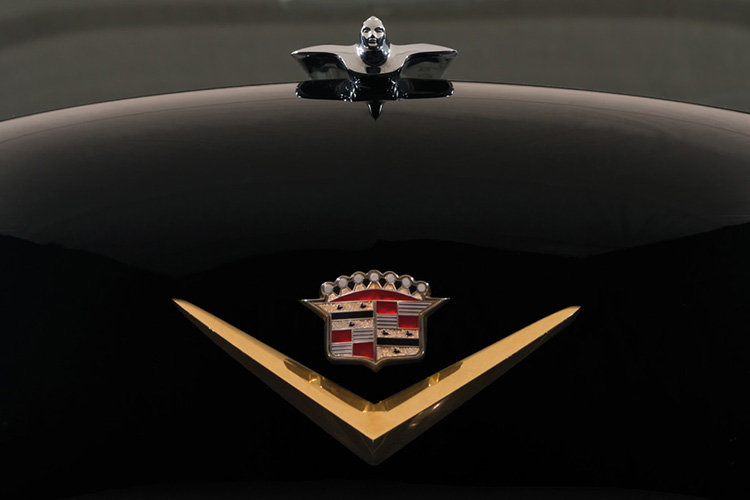 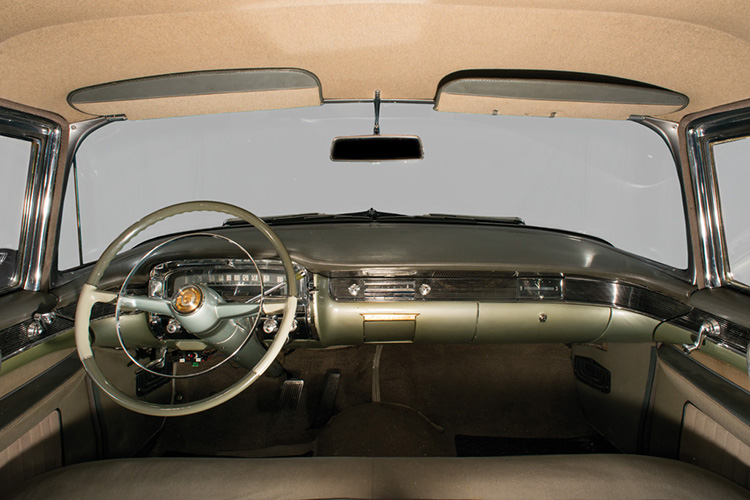 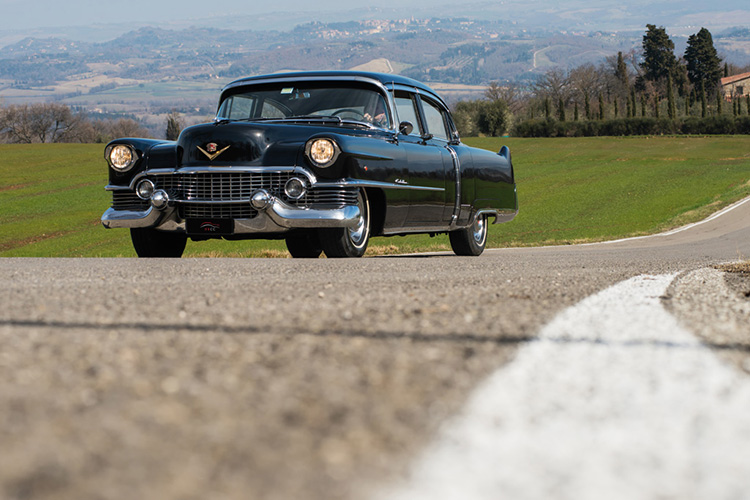 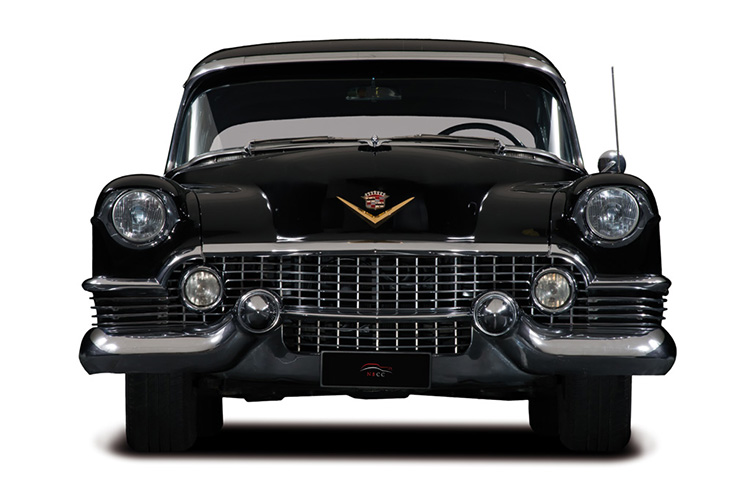 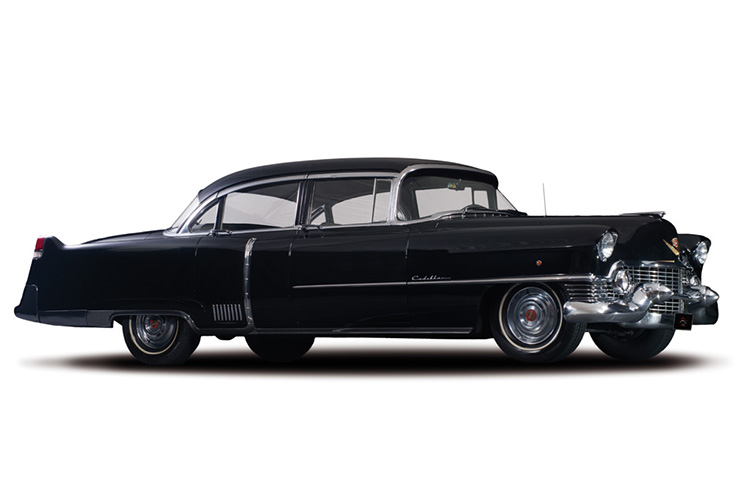 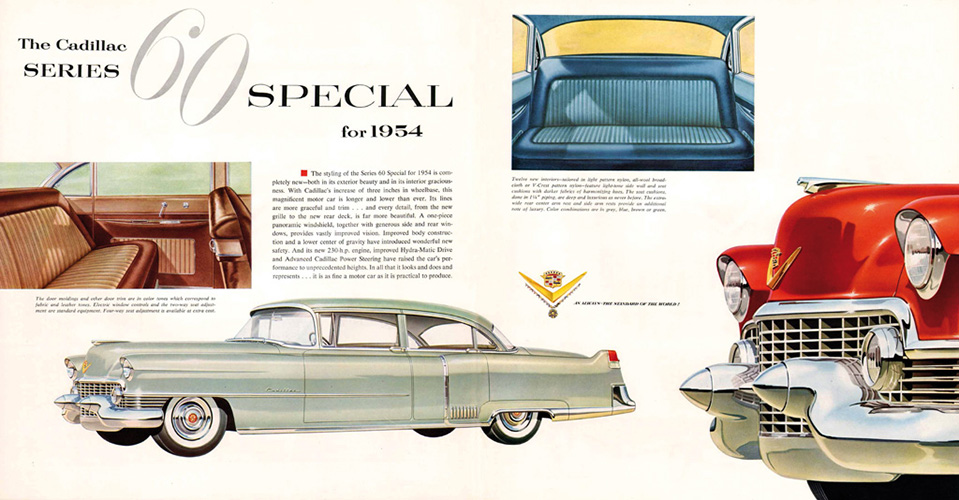 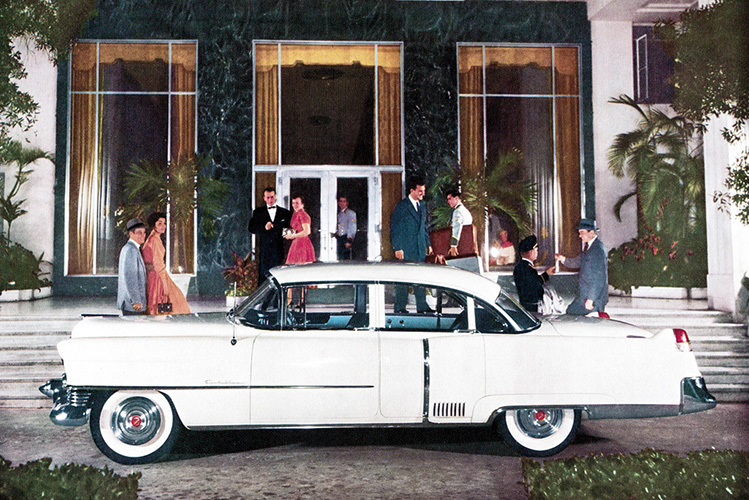 WORTH ITS PRICE IN PRESTIGE!

Cadillac was on top of the world in the 1950’s. The newly revised 1954 Cadillacs featured lower, slightly more squared bodies with a cellular style grille behind the large inverted gull-wing front bumper. The twin “bullet like” protrusions of the front bumper, inspired from jet aircraft, became known as “Dagmars” after a popular female TV personality of the period. The jet age styling was carried into the rear bumper where twin exhausts exited through ports in the bumper ends.
The wraparound windshield that was so groundbreaking on the 1953 Cadillac Eldorado was now featured on every car. Also, the “hooded” headlights with chrome trim were now integrated into the body. The rear fenders got longer and more sweeping. This would be the last year with the tail lights mounted on top of the rear fender before they would drop lower and the signature tail fins would appear.
Power for all models was provided by the 331 cubic-inch, overhead valve V-8 motor that developed 230 horsepower at 4000 rpm. The engine featured aluminum alloy pistons, hydraulic lifters and five-main bearings. All of this was mated to a Hydra-matic automatic transmission. The result was plenty of effortless power delivered in a smooth flow to the rear wheels.
The Fleetwood 60 Special or 60S was a special sedan offering from Cadillac in the line-up since 1938. In 1954, the series 62 cars, the standard Cadillacs, featured a wheelbase of 129” with an overall length of 216.4” for the base sedan. The 60 special was a stretched series 62 sedan on a 133” wheelbase and overall length of 227.4”. The 60S also got special exterior trim with the model’s signature chrome louvers affixed to the leading lower edge of the rear fenders and “Fleetwood” script on the trunk. The interior of the 60S was unique to the model with a higher degree of luxury and refinement.
The 60 Special had a base price of $4683, more than any series 62 car except the Eldorado Convertible. Cadillac sold 16,200 60 Special sedans in 1954.

The early history of this 1954 Cadillac 60 Special is not known. It was acquired by noted Italian collector Mario Righini and subsequently sold to Nicola Bulgari in 1987. In 2005, the car was sent to Dosch Garage AG in Switzerland for restoration. Where possible original features were retained, such as most of the chrome and interior, but the engine and paint were completely restored. The 60 Special was slotted between the standard series 62 and the top of the line, series 75.The luxurious interior, with seating that feels like a fine sofa, coddles the passengers as the car effortlessly drives down the road. This is still an elegant and enjoyable way to travel. 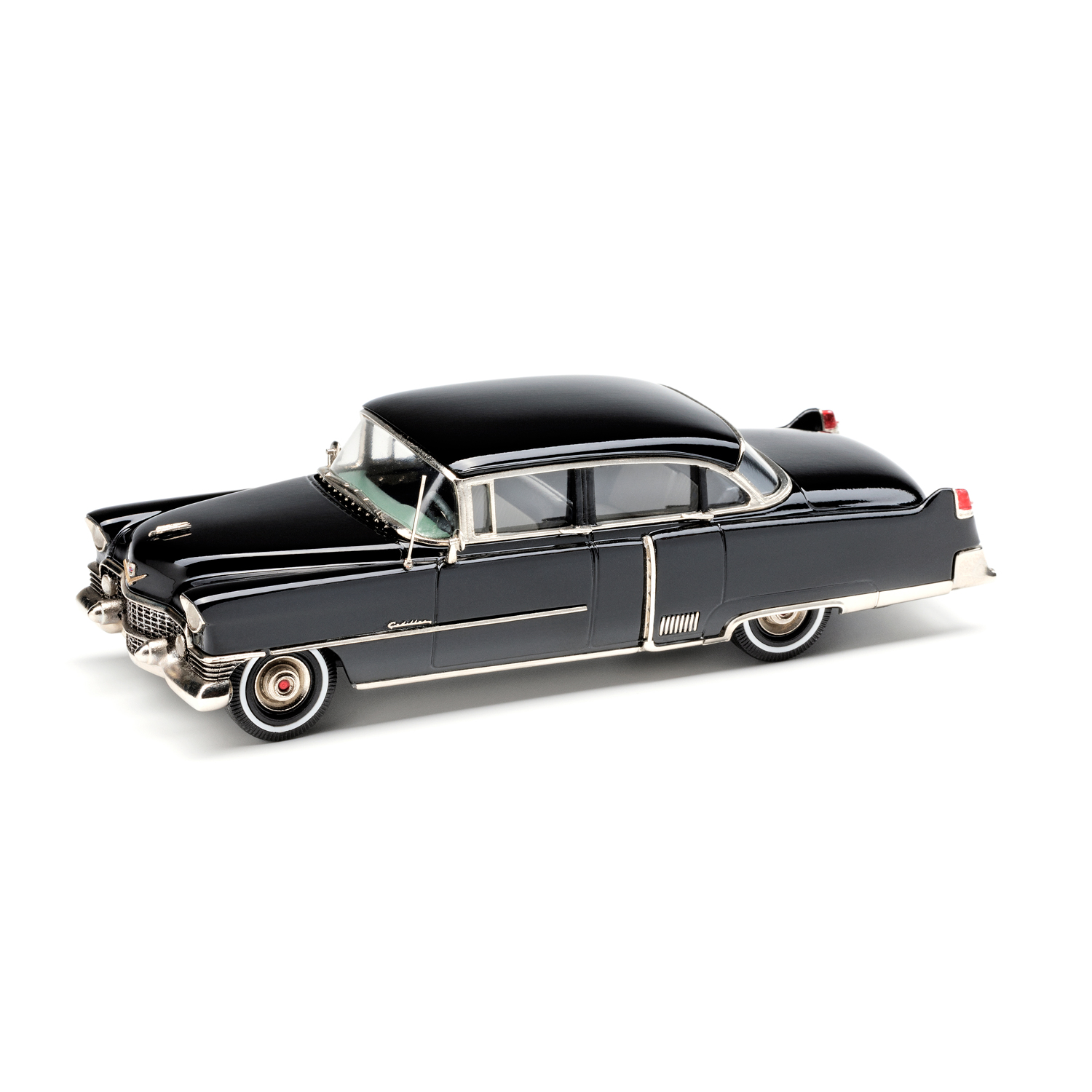 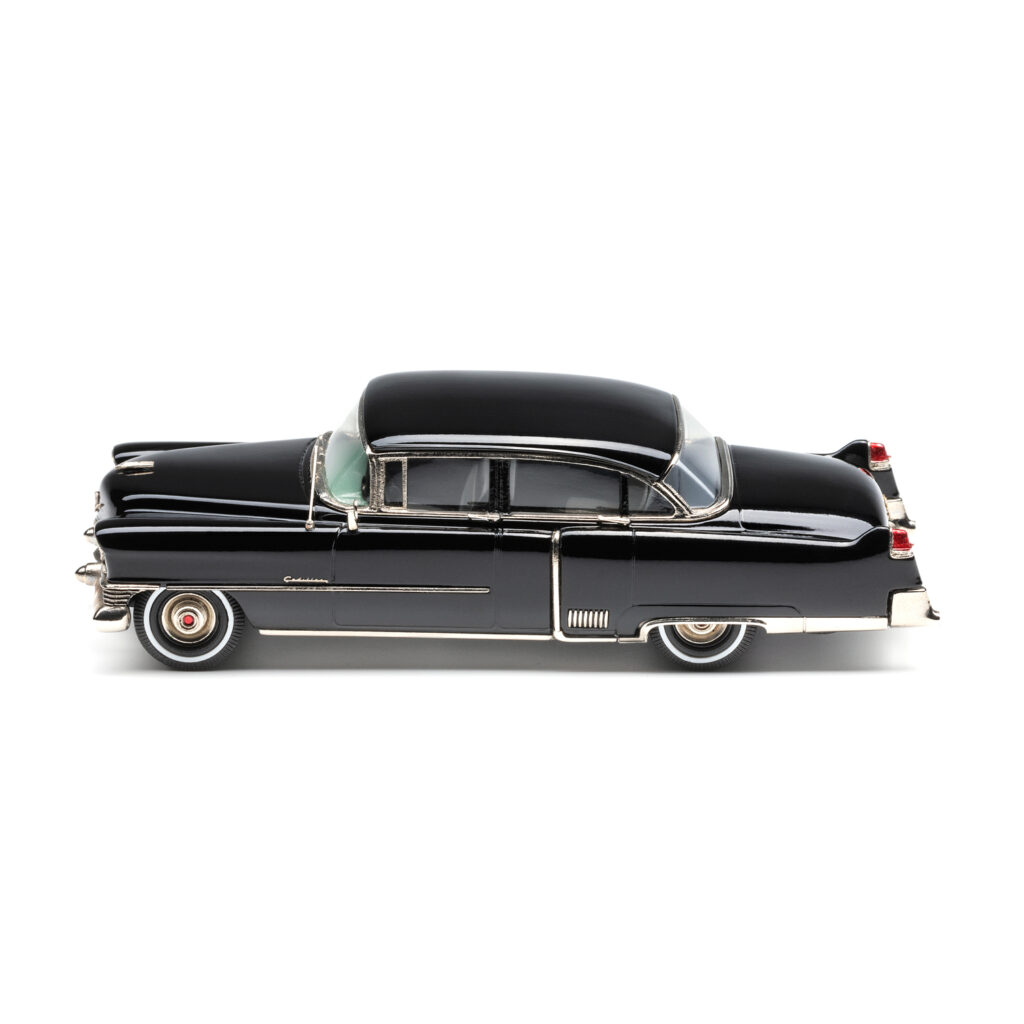 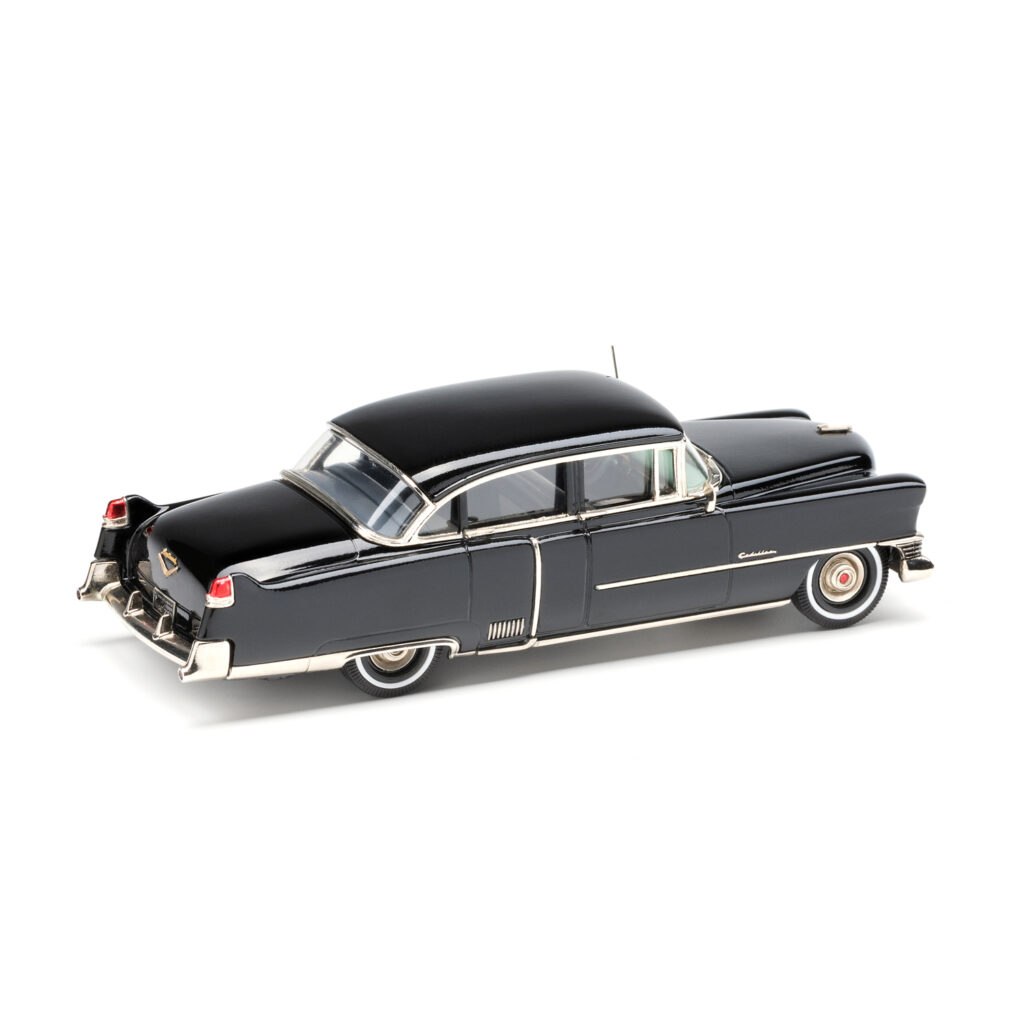 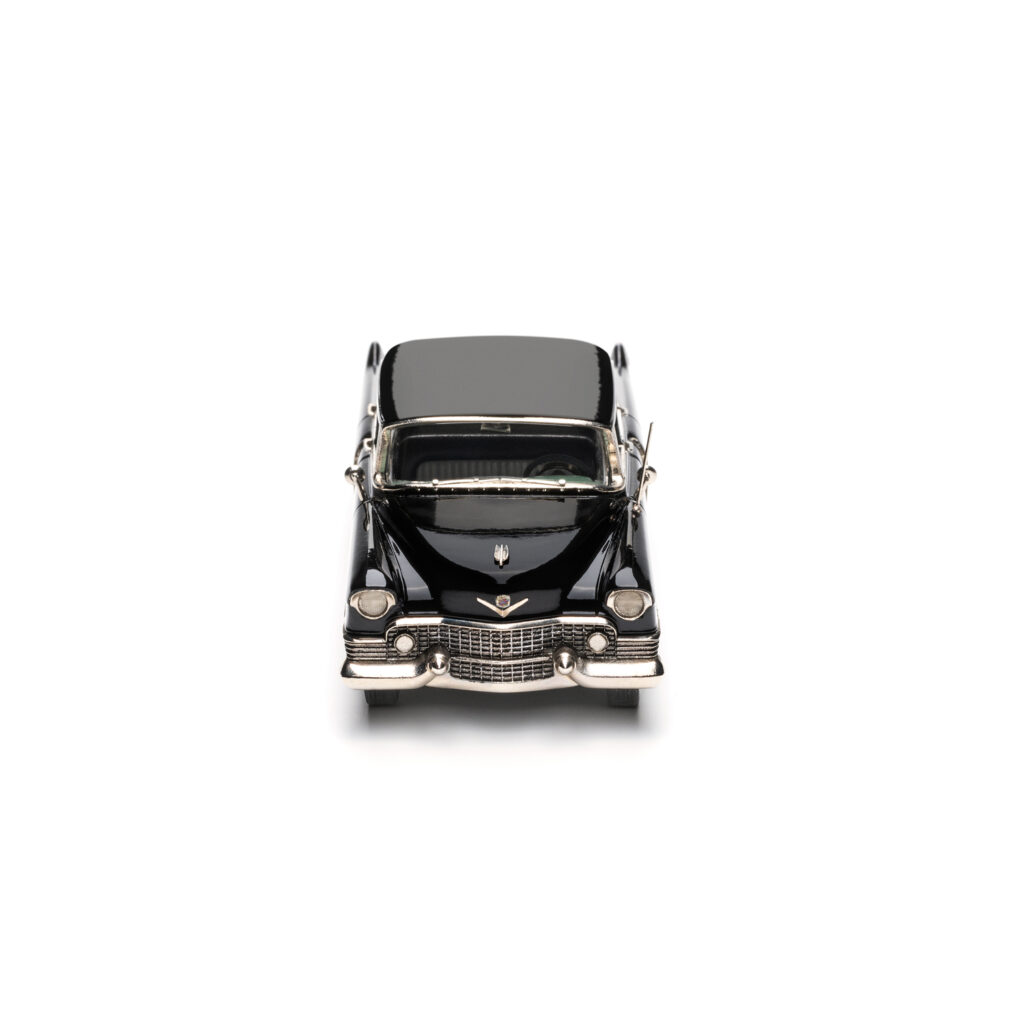 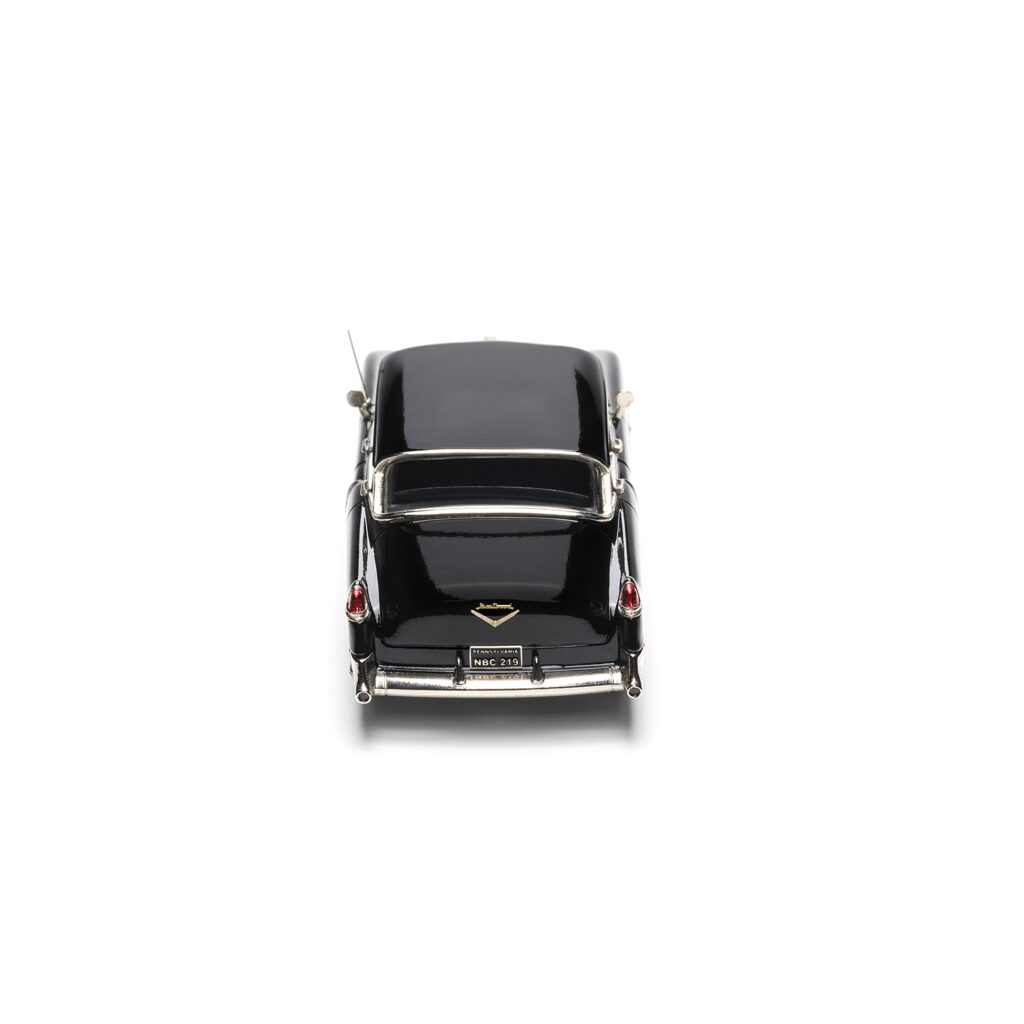 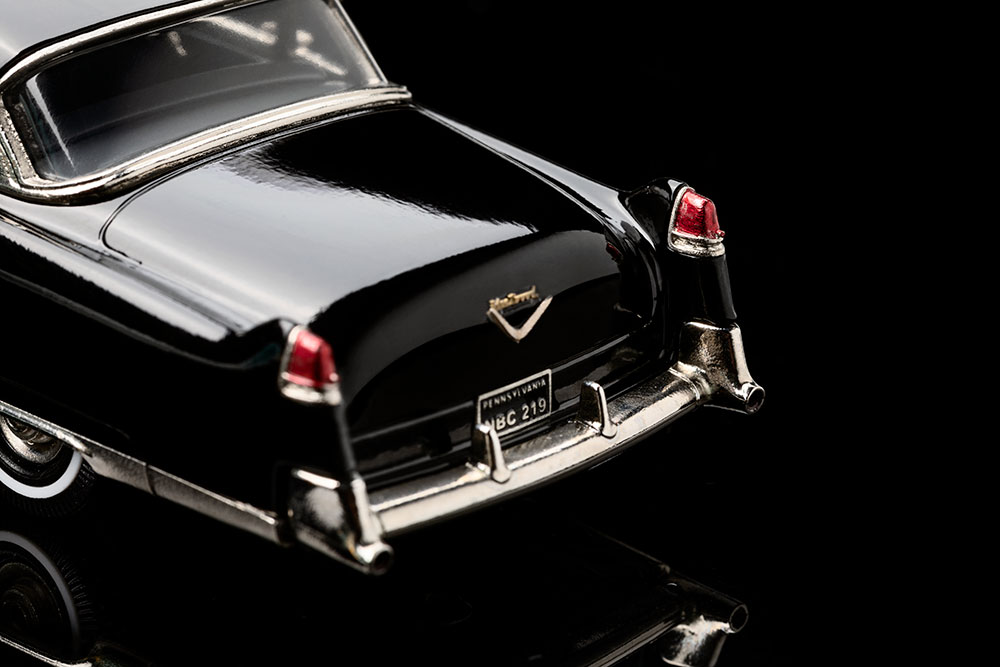 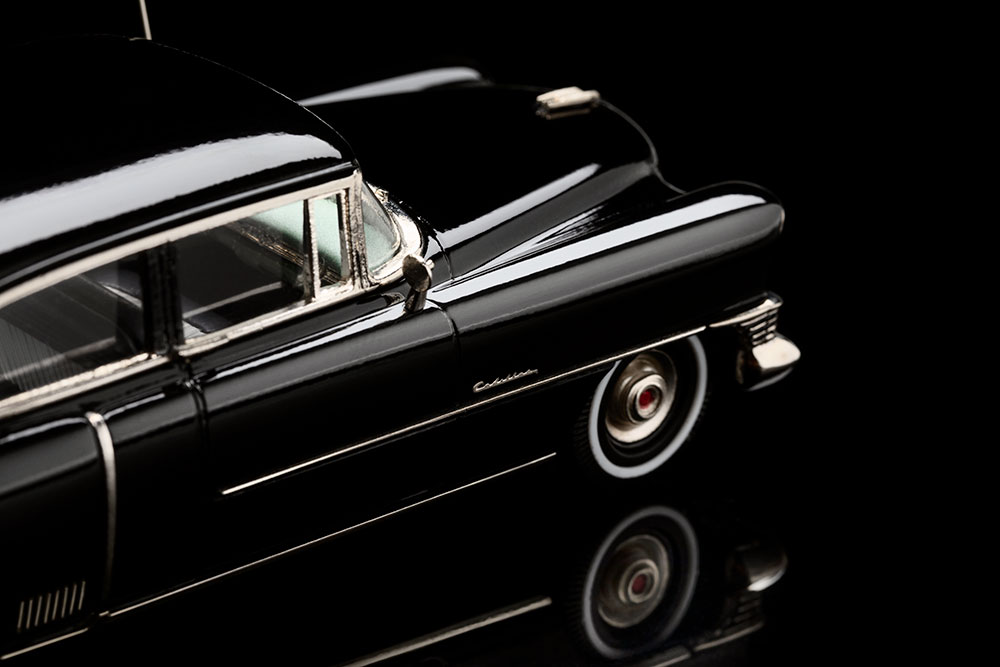 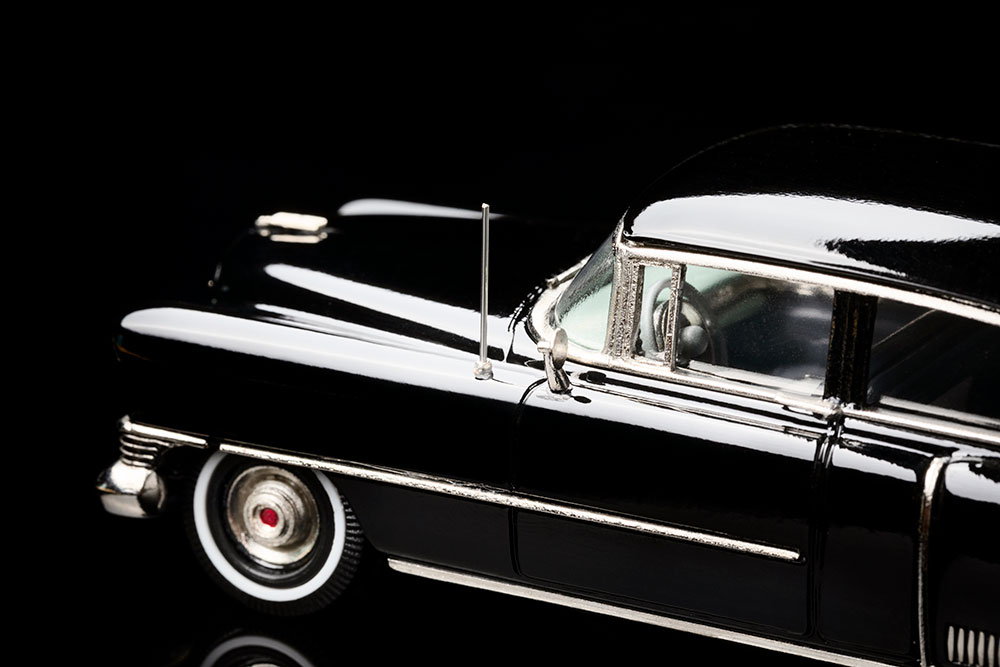 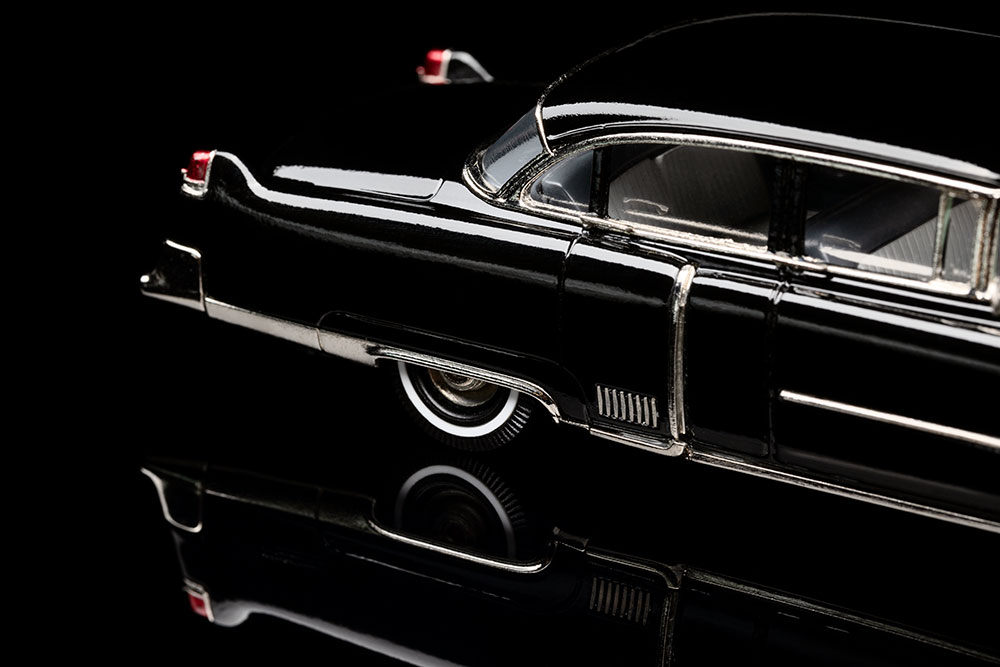 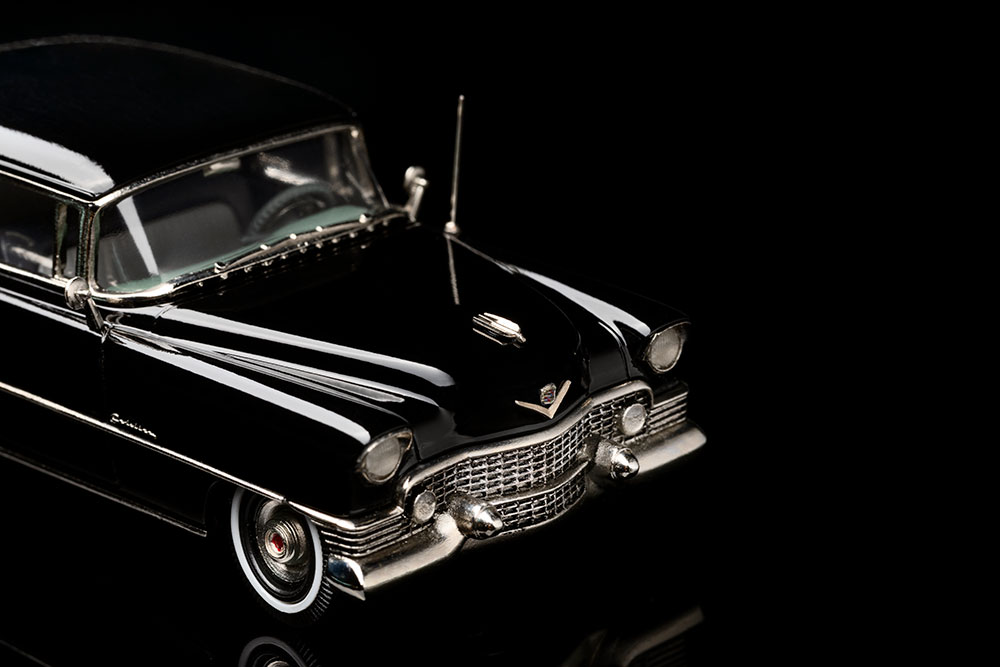