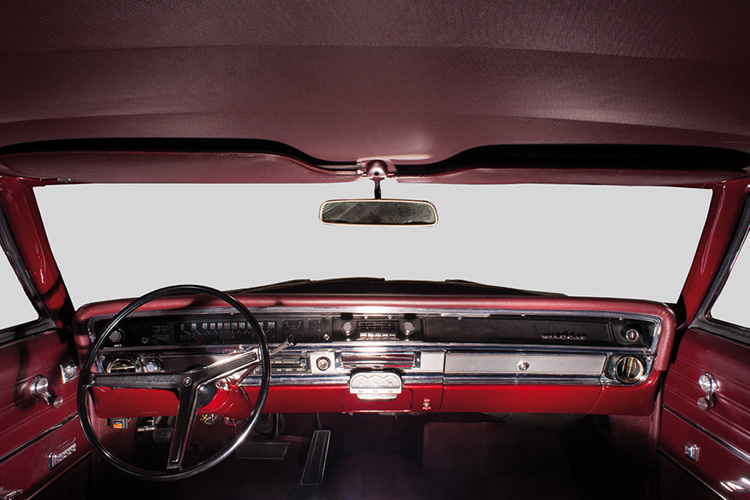 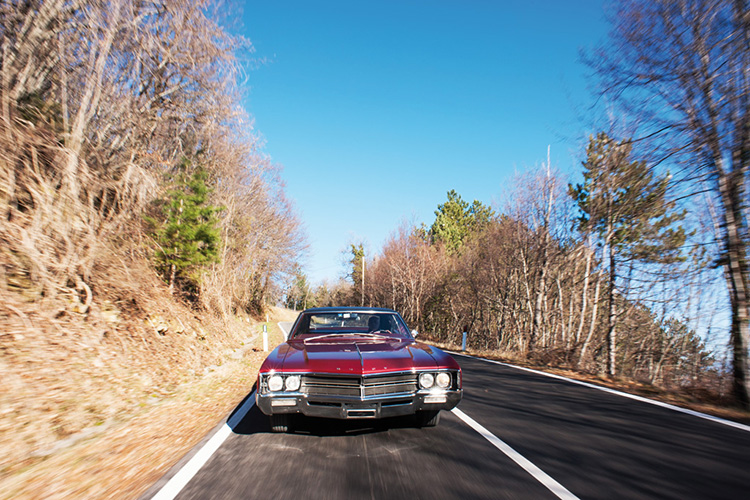 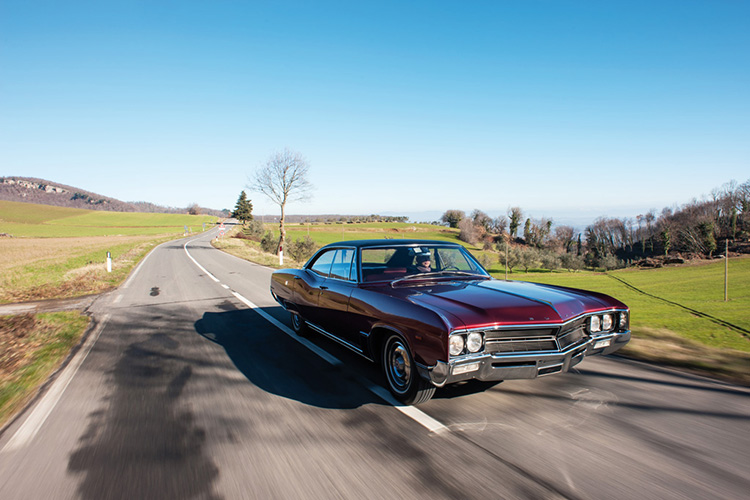 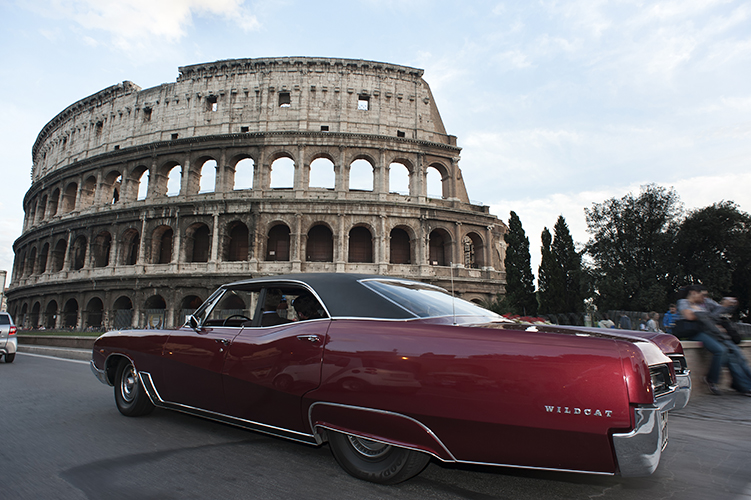 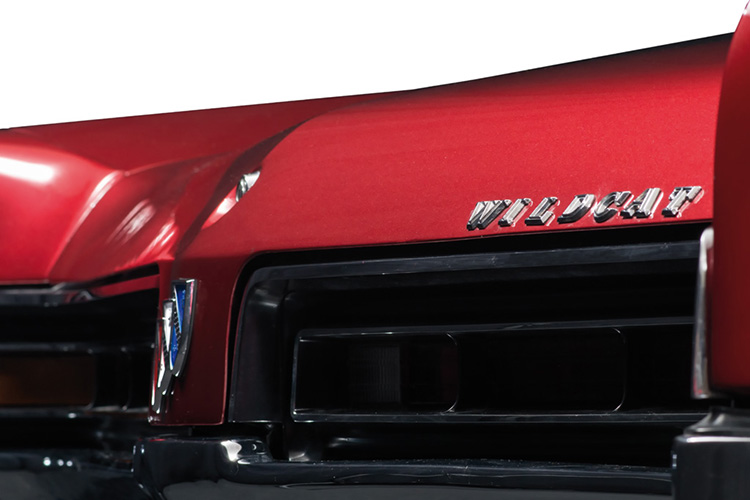 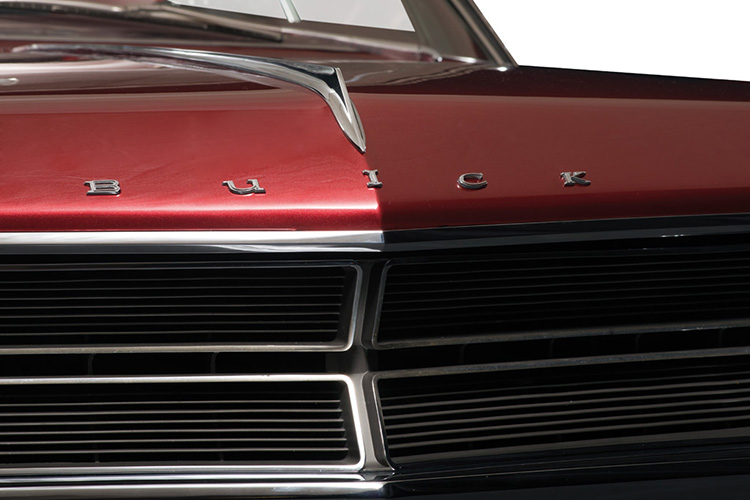 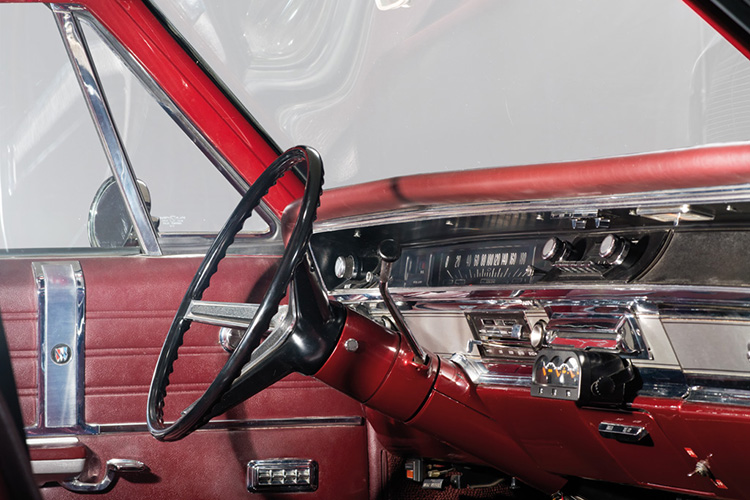 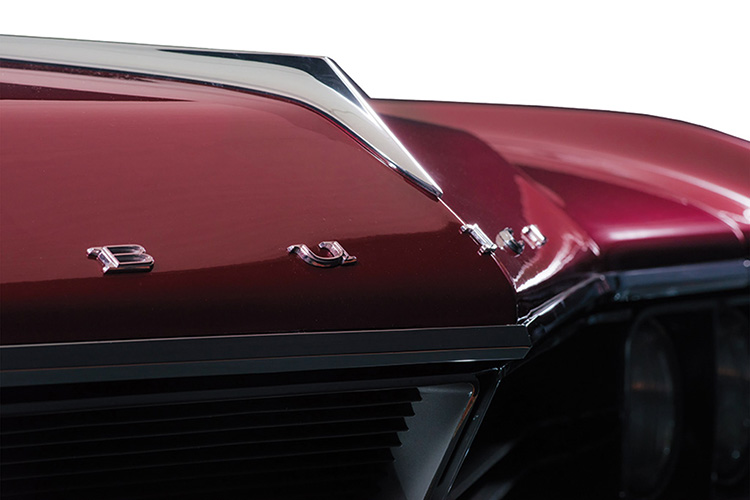 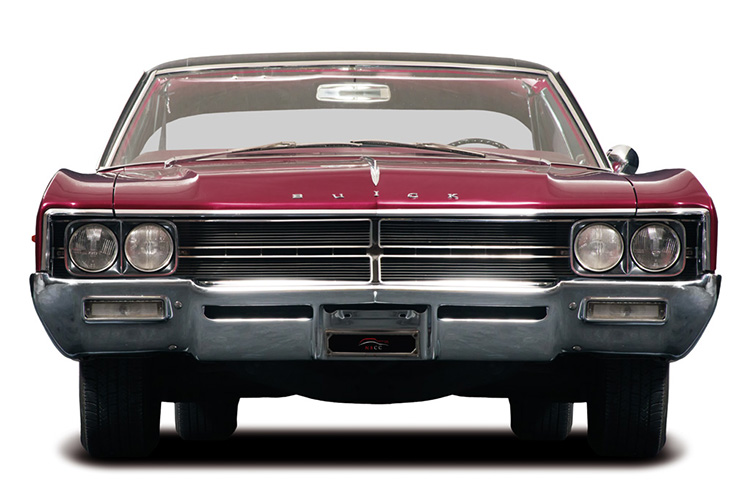 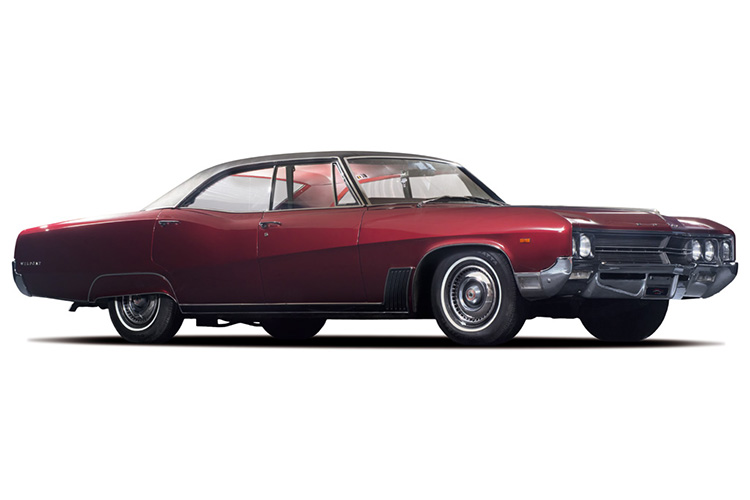 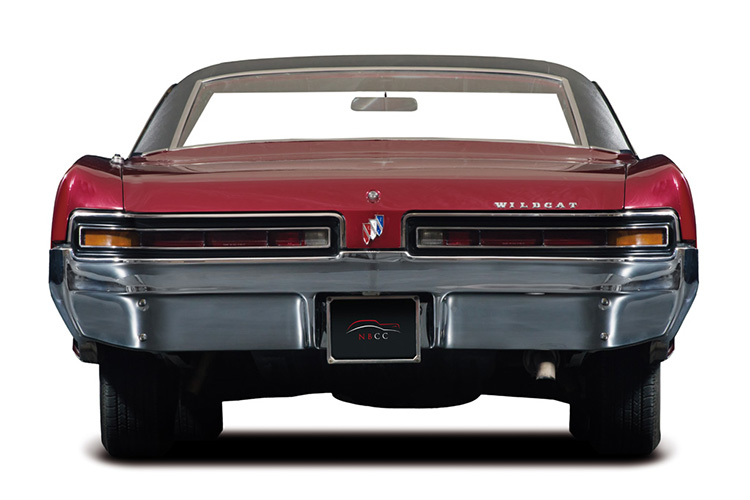 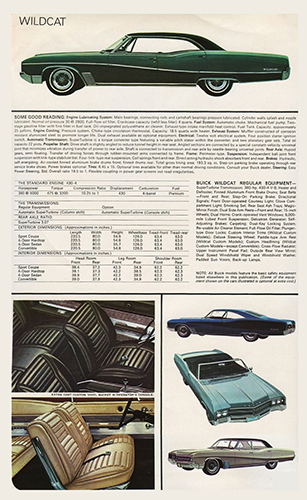 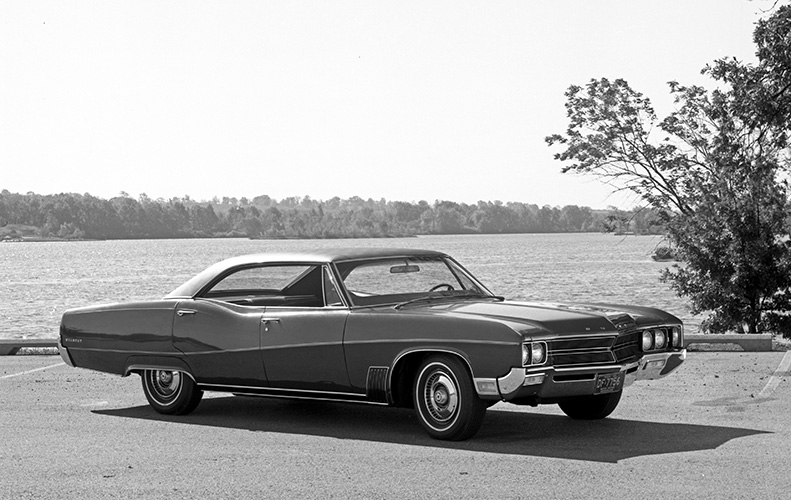 IT TAKES A NEW YEAR OF BUICKS TO IMPROVE ON BUICK

The Buick Wildcat first appeared as a fiberglass concept car in 1953. This was quickly followed by the Wildcat II concept in 1954. The Wildcat name would go on to appear on many Buick concept cars for decades to come.
The Buick Wildcat in production form was a full-size automobile that debuted in 1962 and remained in production through the 1970 model year. Originally offered as a sport luxury option package on the Invicta hardtop coupe, the Wildcat name eventually displaced the Invicta from the Buick line-up in 1964.
The 1967 Wildcats debuted on September 29, 1966, and remained the mid priced full-size car with the sporty features. The body was shared with the mid-level LeSabre series of cars, but the Wildcat got its own trim and details. The wheelbase of 126 inches was the same as LeSabre but the 430 cubic inch engine was the from the larger Electra 225.
The 3-speed manual transmission was standard but nearly all purchasers opted for the Super Turbine automatic. Buyers could choose from a long list of options including disk brakes, power steering, power windows, AM/FM radio and air conditioning.

The Buick Wildcat in The NB Center Collection was purchased new in Italy. It is a European specification car with speedometer in kilometers. Some time in the 1970s, the car was sold but eventually repurchased in June 1989. In 2007, the car got refreshed with new exterior paint, a new black vinyl roof and red vinyl upholstery all done in Rome. During the exterior refresh, the engine was dismantled and sent to the official General Motors dealer in Chur, Switzerland where the powerful 360 horsepower V8 was given an overhaul. The car returned to be admired when roaring down Italian roads, it is as exotic in Italy as a Ferrari in America. 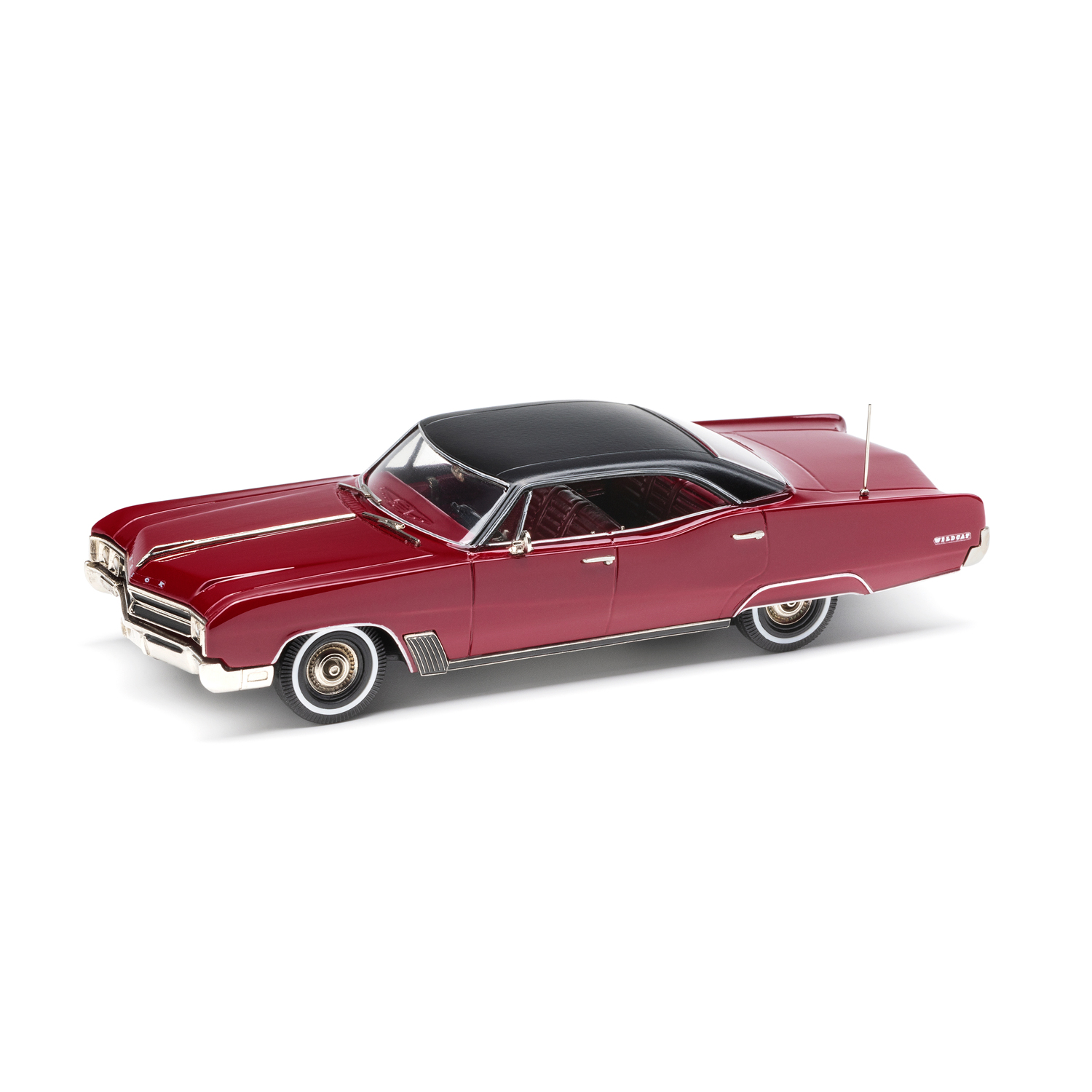 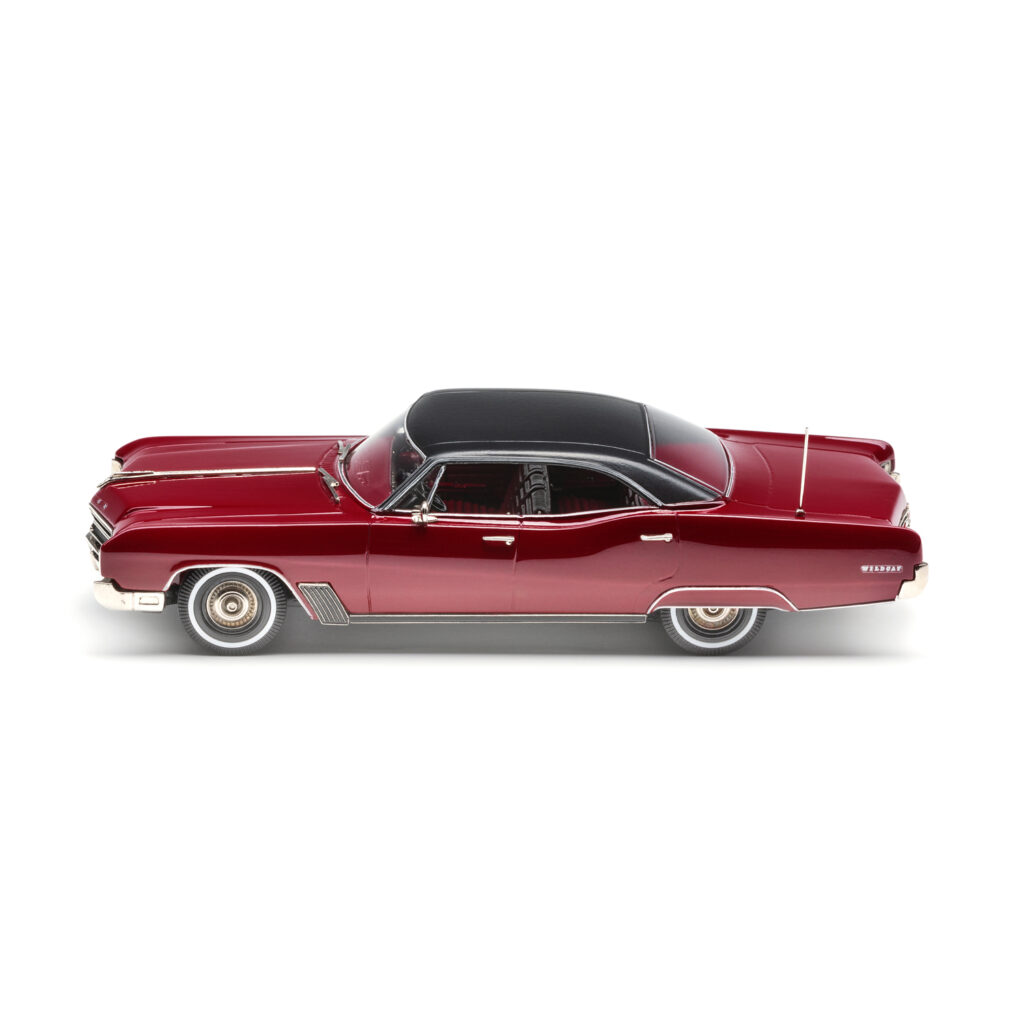 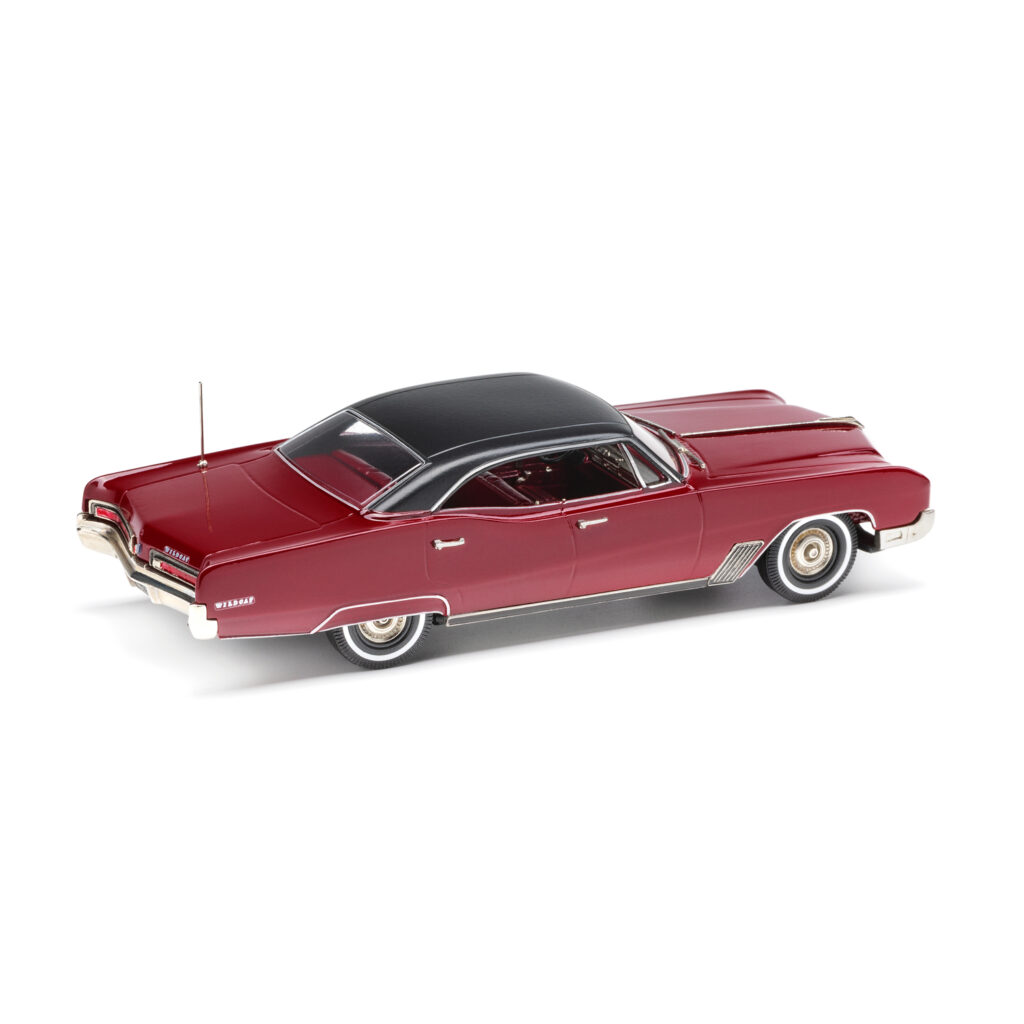 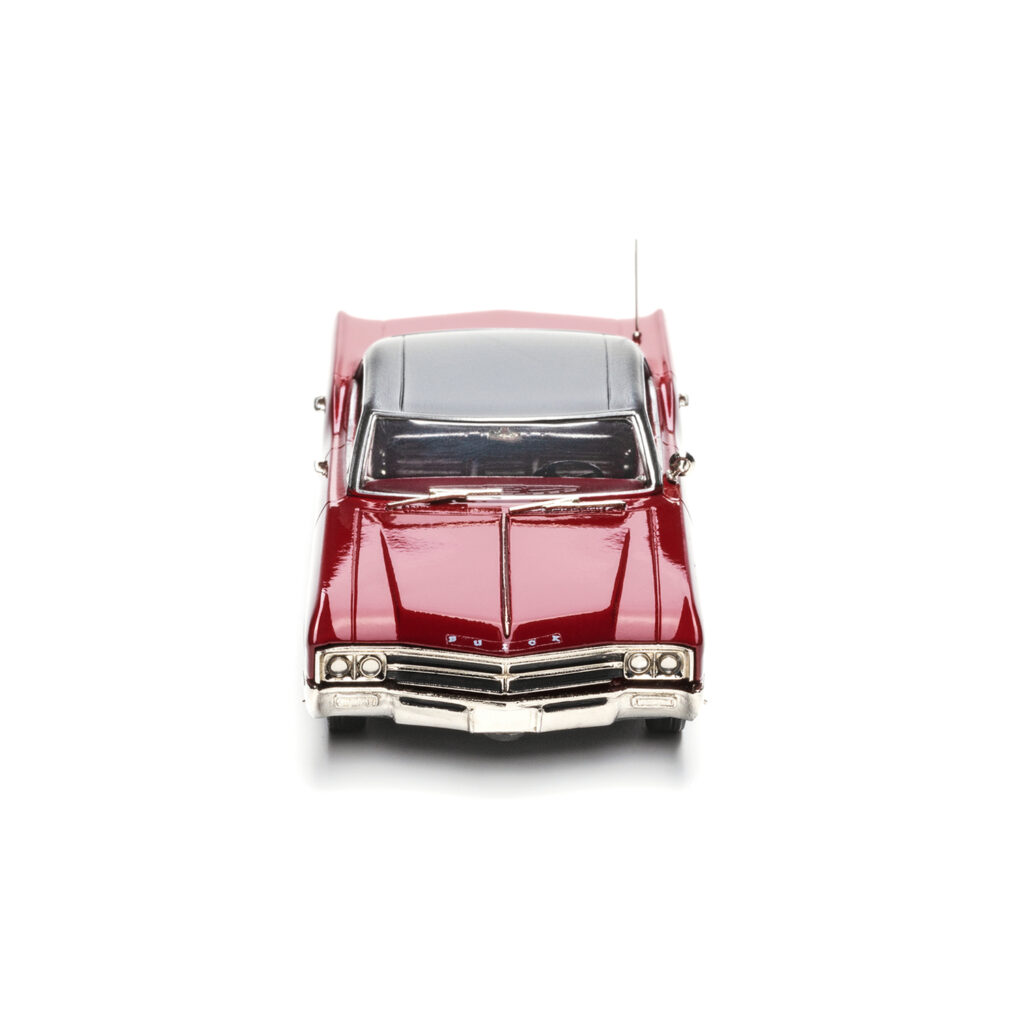 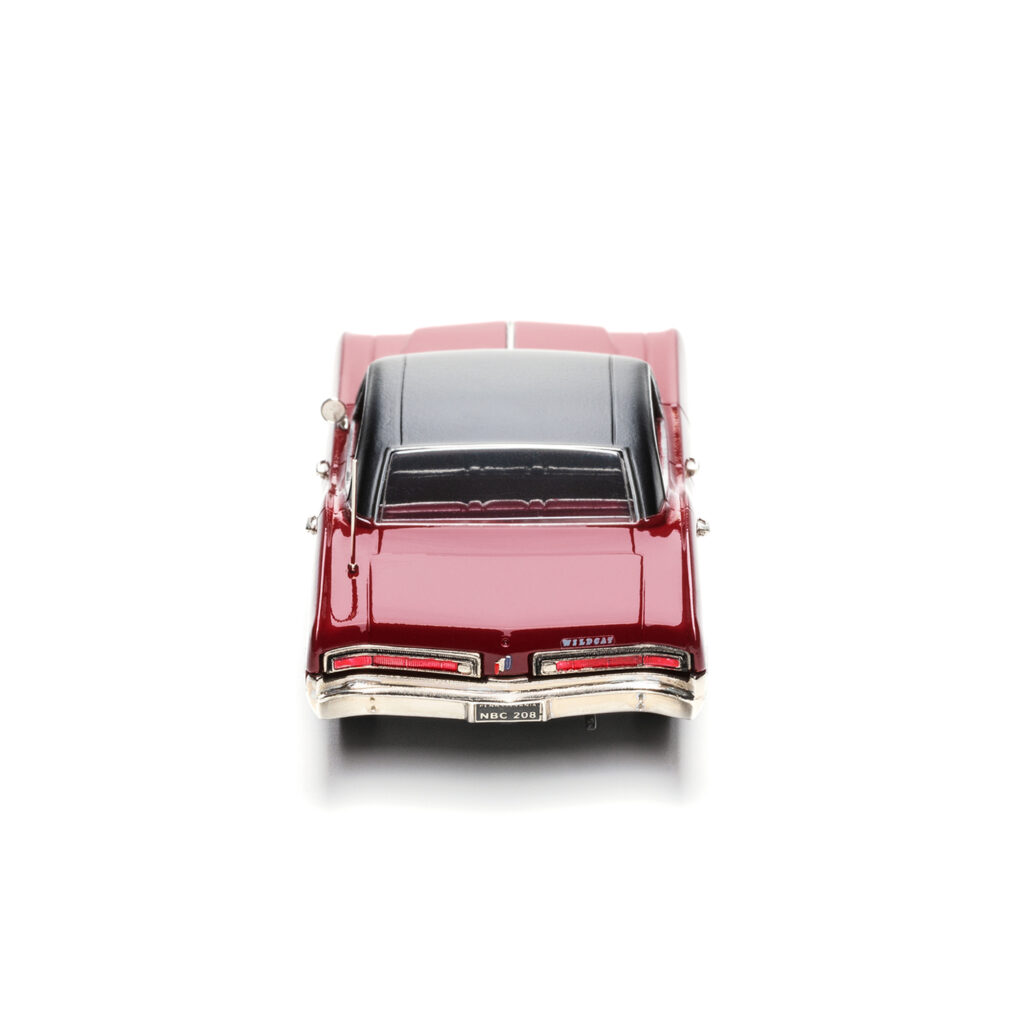 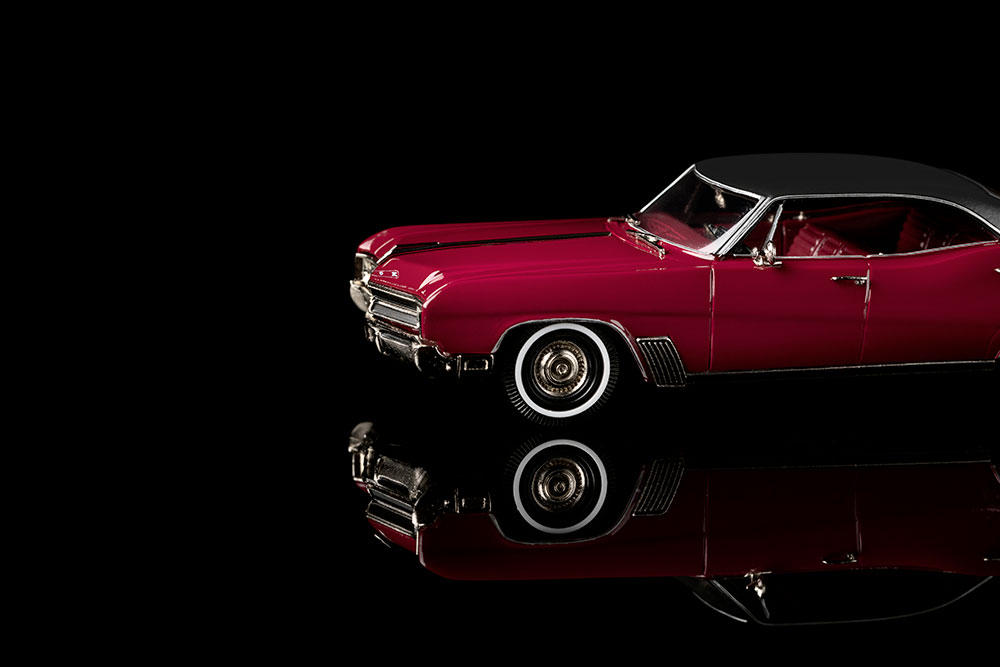 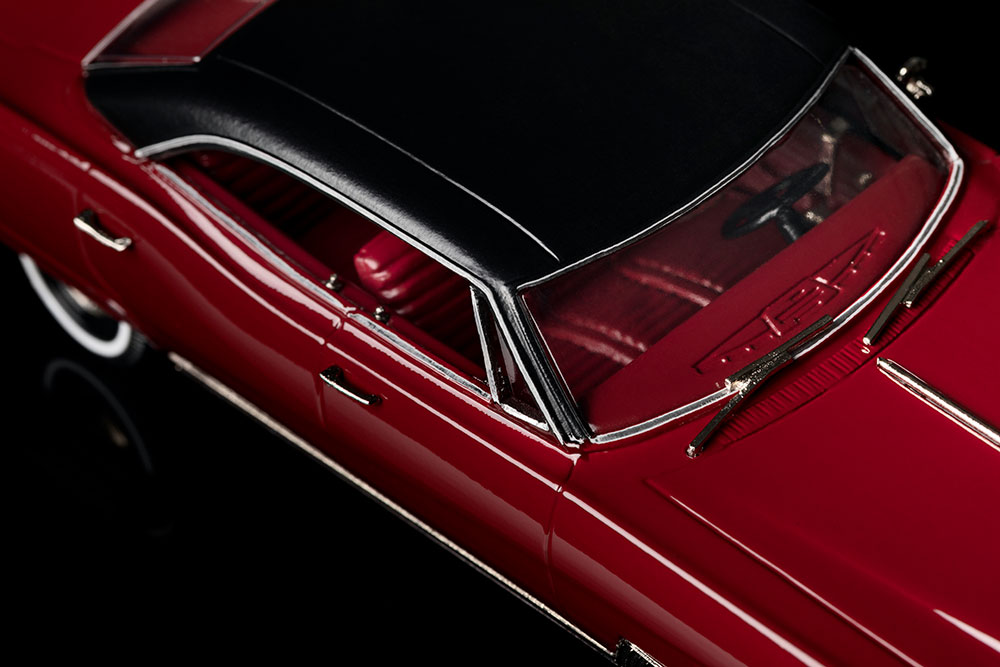 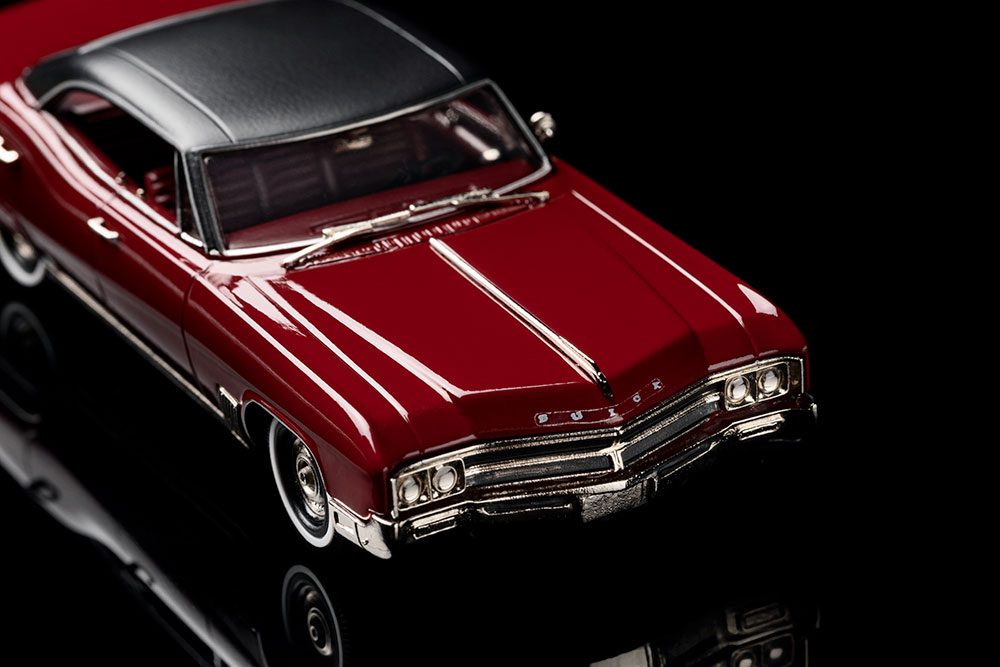 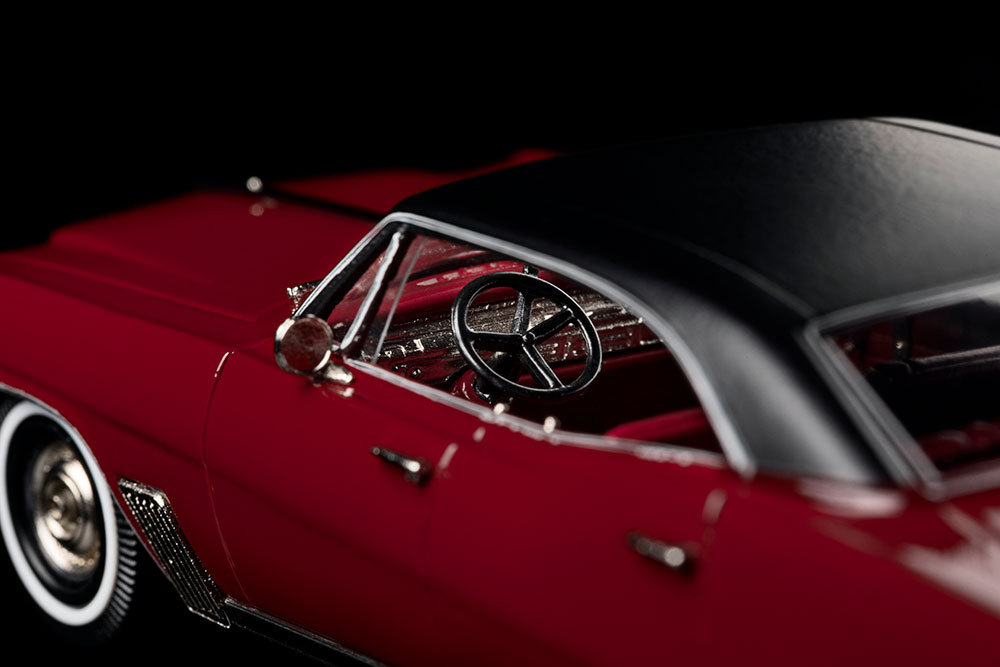 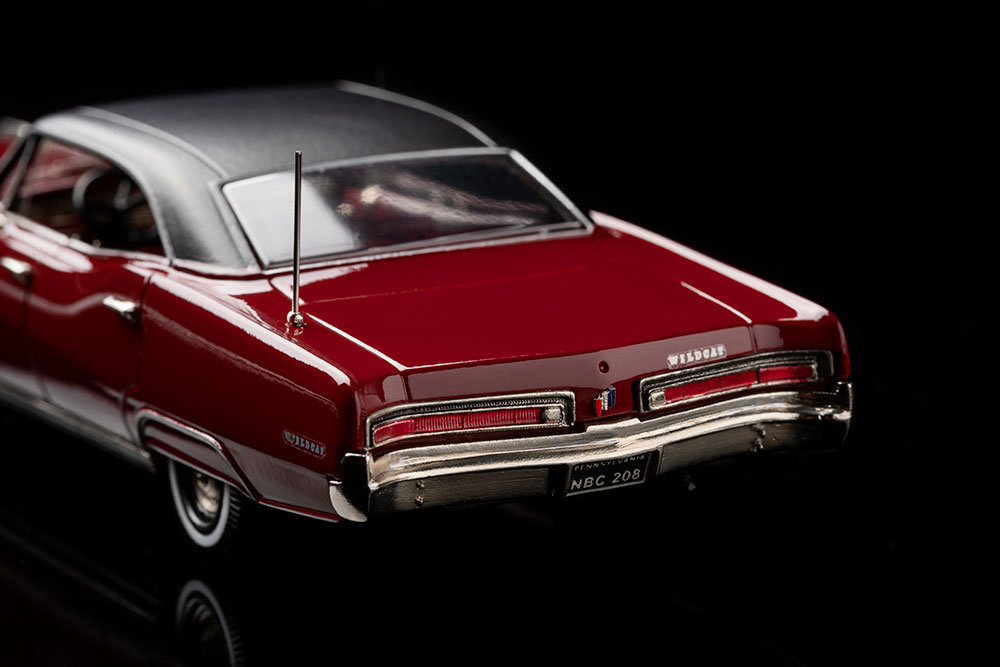